MSI launches Modern AM241 and AM271 all-in-one PCs

MSI has been dabbling in the world of all-in-one PCs for a while now and this week, we're getting some brand new models. Today, MSI announced the Modern AM241 and Modern AM271 series of all-in-one PCs, featuring Intel 11th Gen processors.

The new Modern 24 and 27 series PCs are designed with efficiency and productivity in mind, while also looking rather elegant. Each system comes with an OPS display for wide viewing angles and better colours. Under the hood, you'll find an Intel 11th Gen Core series processor, with MSI offering up to an Intel Core i7-1165G7, but Core i3 and Core i5 configurations are also available. 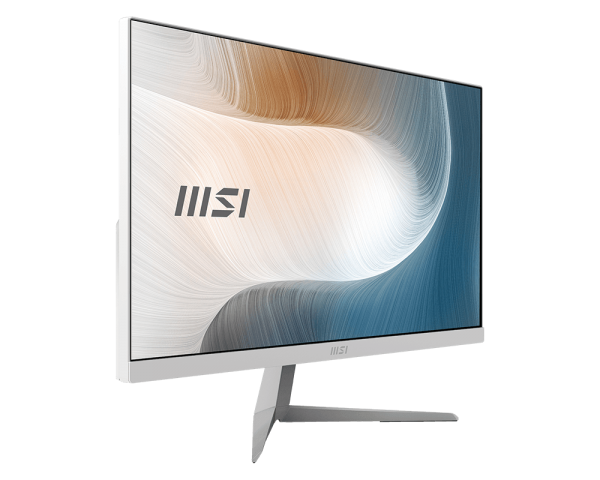 In the table below, you can see the full specification list for the MSI Modern AM241 and AM271 PCs:

With more people working from home and relying on virtual meetings, MSI has bumped up the specs of the webcam, delivering 1080p quality. The option to remove the webcam is also there for those concerned about privacy.

Using MSI Instant Display Technology, the Modern AM series can also be used as a standalone monitor for a second system, meaning you don't have to boot up the PC hidden behind the display. These all-in-one systems also support using a second monitor through an additional HDMI output. Standard VESA mounts are supported for those who prefer having a monitor arm – MSI even has a ready to go solution for that with the VESA Arm MT81.

KitGuru Says: Do any of you use an all-in-one PC for work at all? What do you think of the new MSI Modern series systems?