Earlier this month, Rockstar Games announced that it would be bringing Nvidia's DLSS technology to Red Dead Redemption 2 and Red Dead Online on PC as part of an upcoming update. That update has now arrived, and it looks like RTX graphics card owners will be getting up to a 45 percent performance boost at 4K.

Just in time for today's update, Nvidia revealed benchmark numbers for Red Dead Redemption 2 with DLSS switched on to performance mode, with all other graphics settings at maximum fidelity. At 4K resolution, an RTX 3070 or faster graphics card can deliver 60 frames per second gameplay. 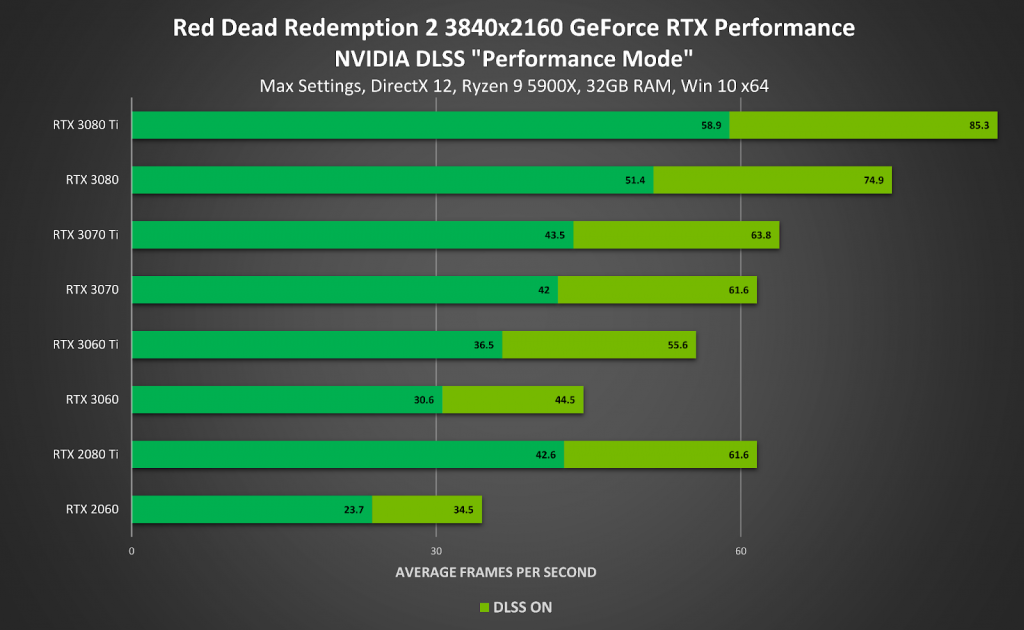 If you own Red Dead Redemption 2 on PC, the new DLSS update should be ready to download. Also be sure to install the latest GeForce Game Ready drivers for optimal performance.

KitGuru Says: DLSS has gotten better and better since the 2.0 launch, delivering impressive performance boosts while maintaining great image quality. Do many of you use DLSS when its an option in games?