The shuffling of staff between the major players in the IT sector never ends. Senior personnel move for a variety of reasons, including money and job titles, but one of the most persuasive reasons is ‘career'. Do they believe their opponents can do better? News into KitGuru HQ says that nVidia's main channel manager for central Europe has pegged his colours to AMD's mast.

We managed to catch up with Robert Cajnar, mid-way through his jump from green to red/green, to find out a little more about why he's moved.

Historically, nVidia had two strong characters in the European region, Roy Taylor and Fiona Faulkner. Roy joined AMD as the Head of Worldwide Channel Sales in December 2012 – as part of John Byrne's ‘Dream Team' – and he immediately went on the attack to try and try and win sales from nVidia.

While AMD's efforts seem to have slowed nVidia's advance in some areas (Q4 profits were down €25m compared with Q3), nVidia's European sales personnel were reporting into Fiona Faulkner, who held together a team that she had built over her 12 year tenure.  With Fiona's departure in January, key personnel like Robert Cajnar have clearly rethought their own futures. He is an old friend of Roy's and that seems to have been a factor.

We asked Robert about the age-old maxim regarding people buying from people, “You are absolutely right, people do buy from people and there is a reason why some will change their allegiances”.

“Right now, AMD has a great product line-up which offers outstanding value”, he said. “Our job is to let everyone know just how good these products are. With nearly 20 years of experience in the Semiconductor and IT industry this is where my strengths are”.

Robert seems confident in his ability to turn around the DACH region (Germany, Austria, Switzerland), saying that there are a lot of friendly faces in the area and that he believes they will listen to a new message.

He also seems to think that he has the right tools, “Our new channel programmes are a good step towards making our relationship with our customers closer, more friendly and, above all, more balanced”.

“I'm sure that we can improve the experience of working with AMD for our board vendors, distributors, system builders, etailers, retailers, channel customers and, ultimately, for the end users”, he said. 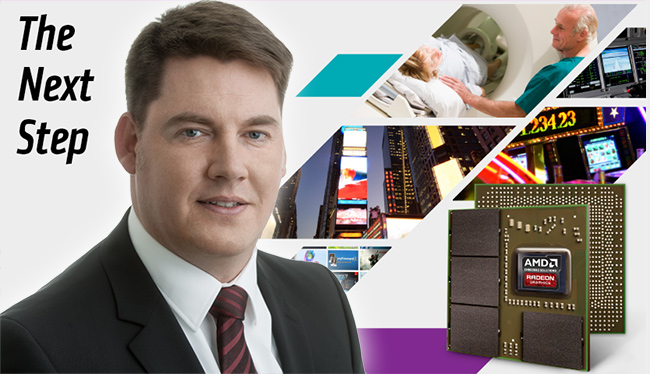 KitGuru says: Picking up talented channel people will only take a company so far. Arguably far more important will be AMD's ability to deliver on its roadmap through to 2017/18. That said, strong sales folks won't hurt the effort.