While Samsung has come close to matching the quality of OLED displays with its own ‘SUHD’ Quantum Dot TVs, more often than not, OLED has been rated higher. However, Samsung is hoping to change that in 2017 with its new ‘QLED’ TVs, which were shown off at CES this week. There will be three ‘QLED’ TVs coming this year, the Q9F (flat) Q8C (curved) and a cheaper Q7.

So what’s the big difference between QLED and Samsung’s previous ‘SUHD’ displays? Well the core panel technology is actually the same, both use Quantum Dots, which are tiny colour enhancing particles that help deliver saturated blues and reds. However, with these new QLED TVs, Samsung aims to make its displays brighter and more colour accurate. 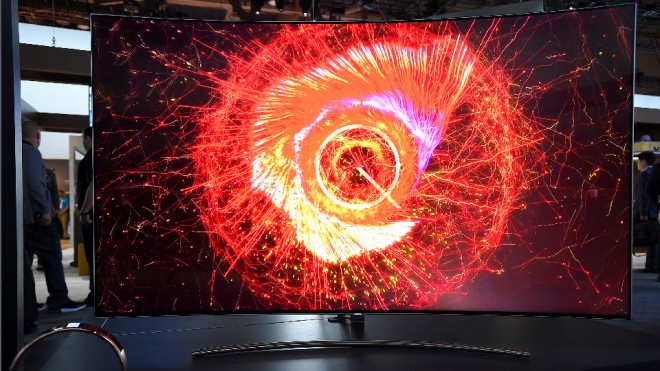 QLED TVs will come in 55-inch, 65-inch, 75-inch and 88-inch models, so there are plenty of options available depending on room size and how much cash you have to burn. The new Q9F flagship TV improves on last year’s KS9500 in a number of ways, including a higher peak brightness of 2000 nits and 100 percent coverage of the DCI colour gamut used in the majority of 4K Blu-Rays.

Finally, these new QLED displays will also have an improved backlight, allowing the display to be lit from multiple directions rather than just one. Pricing isn’t here just yet but Samsung will begin rolling out its new models in March, which will also mean some pretty good sales on its 2016 range of SUHD TVs.

KitGuru Says: While Samsung was already using Quantum Dot in the SUHD range, it seems with this new range, Samsung wants to try and blur the lines between its TVs and rival OLED sets. Are any of you planning on picking up a new TV this year?