Exclusive interview with Ken Ho, President of Inno3D at Computex

In the graphics industry, Ken Ho is a bit of a legend. Having been in the manufacturing game for many, many years – he has worked with them all and seen a lot of trends coming and going over the decades. At Computex 2014, he was very excited about something different. KitGuru spent time with Ken as he discussed new possibilities for his company.

“We have the most powerful nVidia graphics card available on the stand”, Ken Ho told KitGuru. “But more people stop to look at my brand new 3D printer. It’s crazy how much people are interested in this kind of device”.

You can use a top end Titan Z to drive serious apps or games like no other nVidia card before it. It is substantial, refined and in the market at just under £2,400.

We asked Ken to tell us about his show-stopping printer. 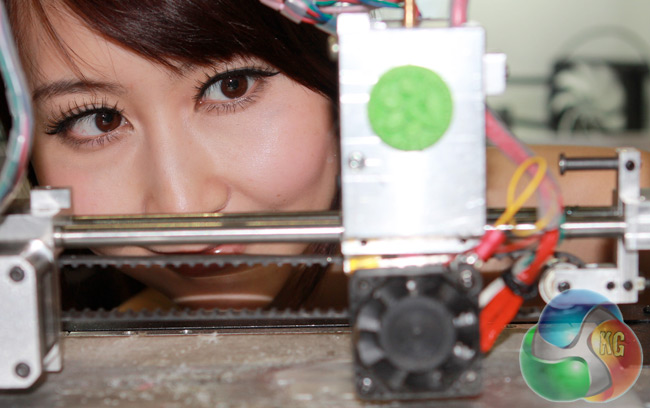 “It’s quite simple”, he told us. “We just print basic models, all day long, and we have queues of people standing there watching it happen. It’s a very slow process, but people don’t seem to care. They are fascinated”.

He’s right about that.

Watching the print head make the same movement pattern over and over again is enough to make you feel like you have OCD if you’re not careful.

“It’s hard to walk away once you start watching”, said Ken. “You really want to see it finish. Even if it just a simple object like a cat or a pyramid”.

So how much do these things cost?

“The Inno3D Printer is around £1,000 right now, but we are working hard to get that price down”, Ken told us. “As the technology becomes more widely available and the need for maintenance reduces, we’re expecting the price to come down a lot”.

So what is needed in order to increase the market size?

“Simple”, said Ken. “We need a killer application for the mass market”.

“Right now, most people who use this kind of technology are doing prototypes. We even use it ourselves to test new ideas for cooling solutions”, he said. “They create a model, then press ‘print’ before they go home at night – so the final article is ready for them in the morning”.

That begs the question, ‘Is the model itself ever useful’?

“Oh yes”, exclaimed Ken. “I have seen it with sports shoes and some special rubberised printing materials. You can mold a customer’s feet, then tell the computer to make them a pair of trainers that exactly fit that shape. I can see that kind of mass customisation happening a lot more in the future. 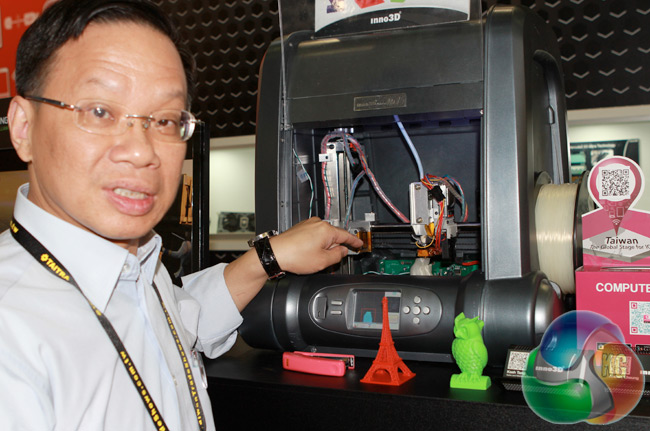 KitGuru says: Big Thank You to Ken Ho for taking the time to speak exclusively to KitGuru. Without doubt, the 3D printing industry will be a major market in the future. When it will reach the mass market is likely to depend on finding the killer app as much as the right price point. But the idea of ‘personalised footwear’ that you print yourself does seem appealing.

Let us know what you think about 3D printing over on Facebook.