Home / Channel / Computex / Computex: Asus unveils one and a half new gaming headsets

Computex: Asus unveils one and a half new gaming headsets

The Vulcan Pro is more or less the same headset as the Vulcan ANC, with two major changes. Admittedly it’s a little bit hard to see in the pictures we grabbed at the press event, but Asus has changed the microphone for a slightly longer and more easily adjustable one, an easy thing to do thanks to the removable nature of it.

Secondly the company has added a driver-less USB DSP which adds virtual 7.1-channel audio or it can be set to operate in a “FPS” mode which is meant to make it easier to hear your enemies in FPS games. It also sports a headphone amplifier for those looking to get some more oomph out of their headset.

The Orion on the other hand is a much simpler headset, although it sports larger 50mm neodymium drivers. The ear cups have an inner diameter of 100mm and are apparently covered in Japanese protein leather which sounds very kinky. The left cup also sports a retractable microphone which is very flexible and it almost disappears entirely inside the headset.

Sadly we didn’t get a chance to try out the Orion headset, but if its anything close to the Vulcan ANC, this is going to be another great headset from Asus.

Asus will also be offering a Pro version of the Orion with the same DSP that comes with the Vulcan Pro.

Kitguru says: Do these hit the spot for you? 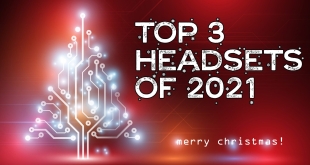