Computex is under way right now and tech companies from all over the world are showing off what they have in the works for the future. This year, G.Skill has been showing off just how far you can push its DDR4 RAM modules on X99 and Z170, with extremely high speeds and capacities. 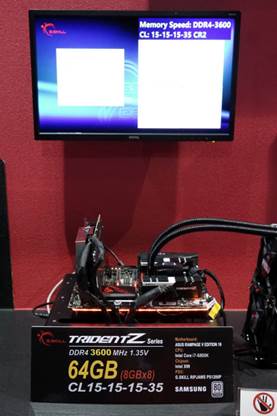 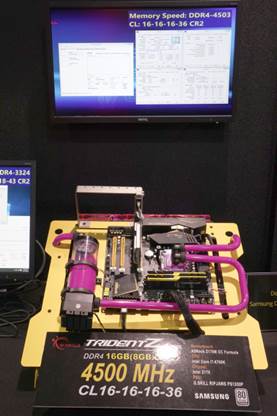 G.Skill has also unveiled a range of SO-DIMM RAM modules for portable gaming systems and laptops running at similarly high frequencies. For instance, the MSI GT72 6QD laptop has 64GB of G.Skill RAM running at 2800MHz CL18-18-18-43 at a meagre 1.2V.

KitGuru Says: G.Skill is really pushing DDR4 to its limits this year. How many of you are currently running DDR4 in your system? What speed are you running at?

Previous Computex: Cooler Master shows off new ‘Master’ products for 2016
Next Overwatch dev explains how the Play of the Game system works