Computers are now better than you at recognising stuff

On average, us flesh sacks can recognise stuff in pictures pretty well, with an error rate of around 5.1% according to a recent study. Previously computers could come pretty close to that, getting around 6.66% of objects wrong. Now however, a new computer vision system from Microsoft Research is actually managing to beat humans at something that had, up to a few years ago been something only we could manage.

The new image recognition system, by the team calling themselves PReLU networks (PReLU-nets), managed to achieve an error rate just marginally better than its creators at 4.94%. But this is a massive 26% relative improvement over the ILSVRC (ImageNet large-scale visual recognition challenge) 2014 winner GoogLeNet (Google) who managed an error rate of 6.66% and an even greater improvement over previous Microsoft research results of around 8%. 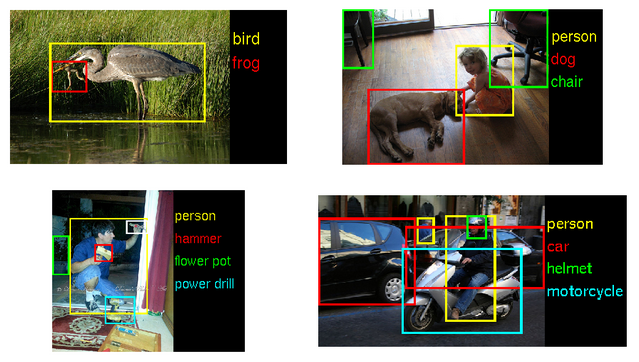 The ILSVRC (ImageNet large-scale visual recognition challenge) is a computer vision challenge that is run every year with teams using the same set of images as each other and attracting some of the best talent from companies and research organisations around the world. The aim of this is to try to make breakthroughs in computer vision “[The] motivation is to measure the progress of computer vision for large-scale image indexing for retrieval and annotation“.

The team from Beijing managed this amazing result by using Parametric Rectified Linear Unit networks (hence the team name: PReLU-nets) and having the system analyse ImageNet's 2012 classification dataset, which contains over 1.2 million training images, 50,000 validation images and 100,000 test images. You can read a blog post from the team about how they go about this and their whitepaper here.

A lot of this technology is behind the recent improvements to OneDrive that now automatically tags photos by recognising the contents of the photos.

KitGuru Says: Now that computers are better than us meat bags at most of the things we were traditionally good at it won't be long until Elon Musk and Bill Gates are saying “I told you so” from their moon fortress while our new AI gods enslave earth. Or you know, it might just be a nice AI and automatically tag all of our photos for us…