Amazon has been pursuing drone related plans for a while now, building up its patents as it fixes potential bugs and finds new functionality for the devices. Its most recent patent showcases a drone meant to recharge electric cars while on the move.

The concept of recently granted patent number 9,778,653 is that the user will contact Amazon whenever their car is out of juice, prompting the company to send out a drone to meet at a predefined rendezvous point. That drone will identify the users’ car via a docking mechanism that’s mounted on top of the vehicle.

These docking mechanisms are either clamped onto the car permanently or house a retracting feature, that would presumably be a more premium feature if this technology is to be fully developed. 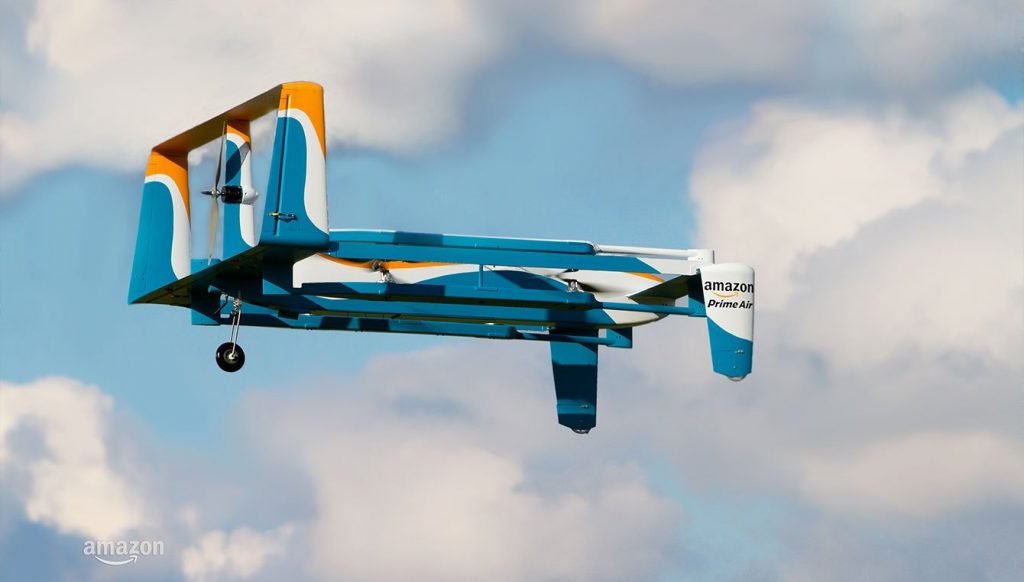 Although this stops the need to pull into a station and leave your car while it charges, this technology is unlikely to offer much of a charge in the grand scheme of things. Users would be lucky to see a boost of a couple of miles with how current charging technology spans matched with the size of the drone itself.

It is unlikely that we will see this technology be brought to life for commercial use, as the patent was filed back in 2014. Since then, electric cars have made some strides with plenty of companies looking towards self-driving cars as the next step. Still, if Amazon could adapt a working prototype of the function, who knows what it could spell for the future.

KitGuru Says: Although Amazon hasn’t announced that it is partaking in developing its own electric cars, it is likely that it will become the standard in the future and the company is just trying to get ahead of the curve. What do you think of Amazon’s latest use for drones?