There are a lot of problems associated with drone delivery, from safe landings and take offs, to the family dog attacking it. But a new patent filed by Amazon suggests that dropping parcels by parachute could be a way to alleviate most of the issues and maybe even ditch the need for VTOL functionality entirely.

Amazon has been talking about drone delivery for years now. It’s released teaser videos of quad-copters and fixed wing variants of its drone design, dropping off packages safely and without incident. But of course the real world doesn’t work that way. There are other flying objects and animals to avoid and pets and vandals to worry about on the ground. Could parachutes fix most of those right off of the bat?

While birds and other drones could always be problematic for Amazon deliveries, the issue of how to safely get packages to the ground could be solved by parachute. In the patent, the drone releases the packages in a manner that sends it directly towards a landing zone, irrespective of the vehicle’s motion at the time. 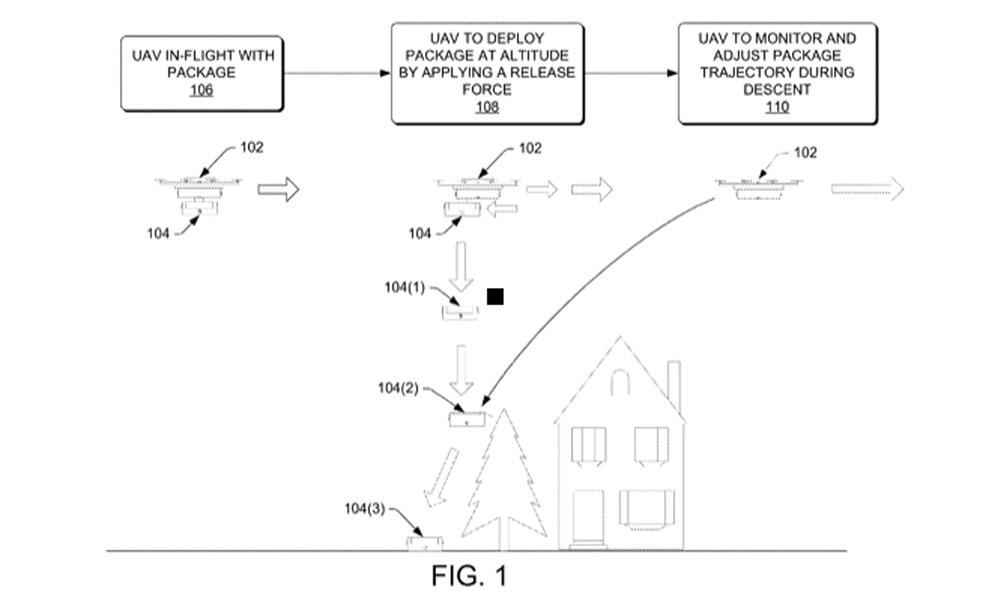 That would be all fine and dandy in a perfect world, but what about gusts of wind? To counter the elements sending your package on to your roof or into your neighbour’s garden, the parachute system will be equipped with flaps and compressed air, to give it some measure of guidance as it falls to the ground. The Amazon drone could also remain nearby to confirm that the package has landed safely.

Without the need to land or take off vertically, Amazon drones could also utilise fixed wing propulsion more readily, which has a big increase on efficiency and potential range.

Amazon has conducted several trials of drone delivery over the past year, though very few customers were included. It hopes to increase that number to dozens over the following months (thanks the Guardian).

KitGuru Says: This seems like a pretty smart plan, though will need to depend on how expensive the parachute and its control systems are. If they are costly or wasteful, it could face real road blocks.