Atari showcases its production ready VCS, with a redesigned chassis

Back in March, Atari announced that it was delaying its crowdfunded VCS system in order to upgrade the processor to an undisclosed AMD Ryzen chip. Now, the company has unveiled its “production ready” final design, paying even more homage to the classic Atari 2600.

Atari’s modern reimagining of the firm’s classic foray in the console market has just become a lot more nostalgic, with a new floating design that raises the main body via the stand. In part, this decision was made due to its likeness to the original Atari 2600, further leaning on the company’s previous achievements, but practicality has been taken into consideration.

The dimension shift sees a slightly larger end product that allows for two of the four USBs to shift around to the front. This gives owners easier access when plugging in peripherals, while the back two USB ports remain dedicated to external storage. Unfortunately, this comes at the sacrifice of the previously promised rear SD card slot, which Atari now sees as “redundant” in comparison to USB sticks and reminds users that no modern device embeds the technology any more. 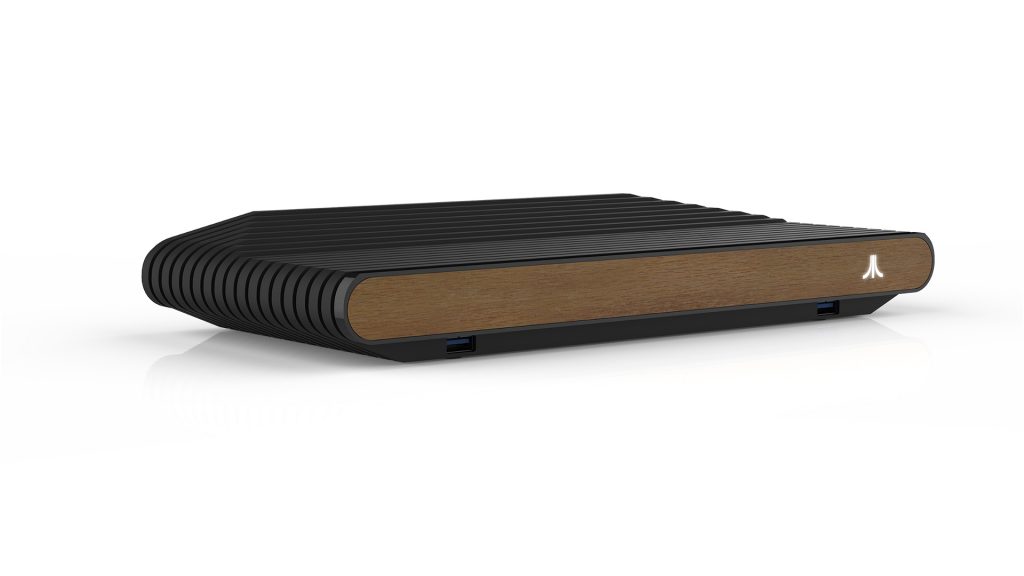 Although it remains unknown which AMD Ryzen chip will be embedded in the Atari VCS, the extra room from the larger housing is also set to bolster cooling. As well as reducing plastic, Atari has stripped back its four independent lights in favour of a lit up “Fuji” logo, which will communicate various alerts to the user such as when the system is powered on, pairing with an accessory, connecting to the internet and more.

These changes have not offset Atari’s latest release window, which should hopefully see the VCS launch later this year.

KitGuru Says: I can understand that some fans will remain sceptical given that Atari was set to release the VCS many designs ago, however it’s worth remembering that crowdfunding requires the company to design its device in public. Fortunately, its nostalgic, yet dated design means that the VCS either won’t be out of place or will always be out of place when it finally launches.