It seems that Elon Musk's head is firmly buried in the clouds, as his Boring Company began selling branded flamethrowers over the weekend. Tweeting about the milestones the bizarre product has hit, it seems that he's already unloaded $3.5 million worth of them.

The flamethrowers are listed on the company website for $500, attracting a hefty 1,000 sales within the first three hours, and a confirmed total of 7,000 over the course of the day. Of course, Musk is all about responsibility, however, as there is an option to tack on an “overpriced” fire extinguisher with a “cool sticker” for an extra $40. 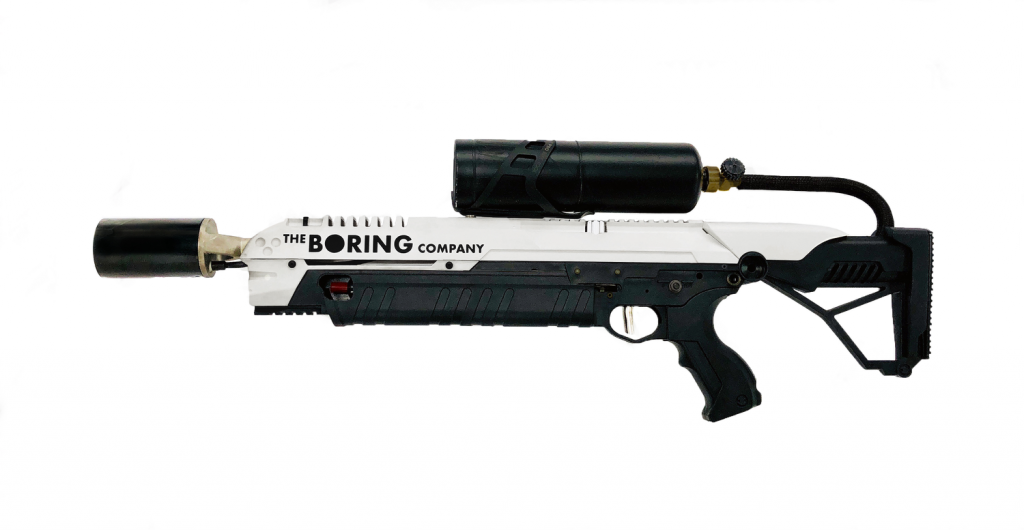 “Obviously, a flamethrower is a super terrible idea. Definitely don't buy one,” professes Musk on his Twitter. “Unless you like fun.” Affirming such fun, Musk couldn't help but post a video of himself playing with his new toy on Instagram.

“The rumour that I'm secretly creating a zombie apocalypse to generate demand for flamethrowers is completely false,” assures Musk. In fact, the only reason this is not plausible is due to him not having access to a factory big enough to make enough needed for an “apocalypse,” but none the less, Musk has teased that the flamethrowers have a secret safety mechanism:

“The flamethrower is sentient, its safe word is “cryptocurrency” and it comes with a free blockchain.”

Don’t do this. Also, I want to be clear that a flamethrower is a super terrible idea. Definitely don’t buy one. Unless you like fun.

There is next to no explanation on why Musk has taken to selling flamethrowers aside from fulfilling a promise once his 50,000 branded hats were out of stock, and although there's 7,000 down, there's still another 13,000 flamethrowers to go.

Although Musk seems to be doing this simply for fun, the trend has caught on with known online celebrities such as PewDiePie getting in on the action. Presumably, given his total cost, it's possible he bought the optional fire extinguisher.

I didn't buy the hat because I felt like I had too many black caps already. But somehow this was a justified purchase.. ??? pic.twitter.com/bB8lQyzcqh

While Musk suggests that these flamethrowers should be used to “roast nuts,” it is uncertain as to what users will actually do with them once they arrive. And they won't have long to wait, either, as they're pegged to ship in the Spring.

KitGuru Says: I might sit here, silently judging such irresponsible behaviour but in actuality, I'm just jealous that I can't afford one right this second despite having literally no uses for such a thing. Can you think of any (legal) uses for a Boring Company flamethrower?