Despite the numerous controversies it’s found itself in as of late, Facebook is still moving ahead with its plans to further combat streaming platforms such as Twitch and Mixer. Moving things over from the main site, Facebook has now launched FB.gg, a one-stop hub for viewers and content creators alike.

“To make it easier for people to find and follow gaming content, we've recently started testing a new gaming video destination on Facebook, available at the short URL FB.gg, that aggregates live and prerecorded gaming video on Facebook in one place,” the platform explains in its blog post.

The new destination is built for up and coming “gaming creators,” which is what Facebook has dubbed streamers specifically paid by the social media site to entertain viewers on the platform. Taking on board feedback from established content creators, FB.gg will deliver a host of new features in the form of its Level Up Program for beginners.

Coming in the next few months, the Level Up Program allows new content creators to earn a living through Facebook Stars, a new method of fan support that allows viewers to purchase and send “virtual goods” during livestreams. 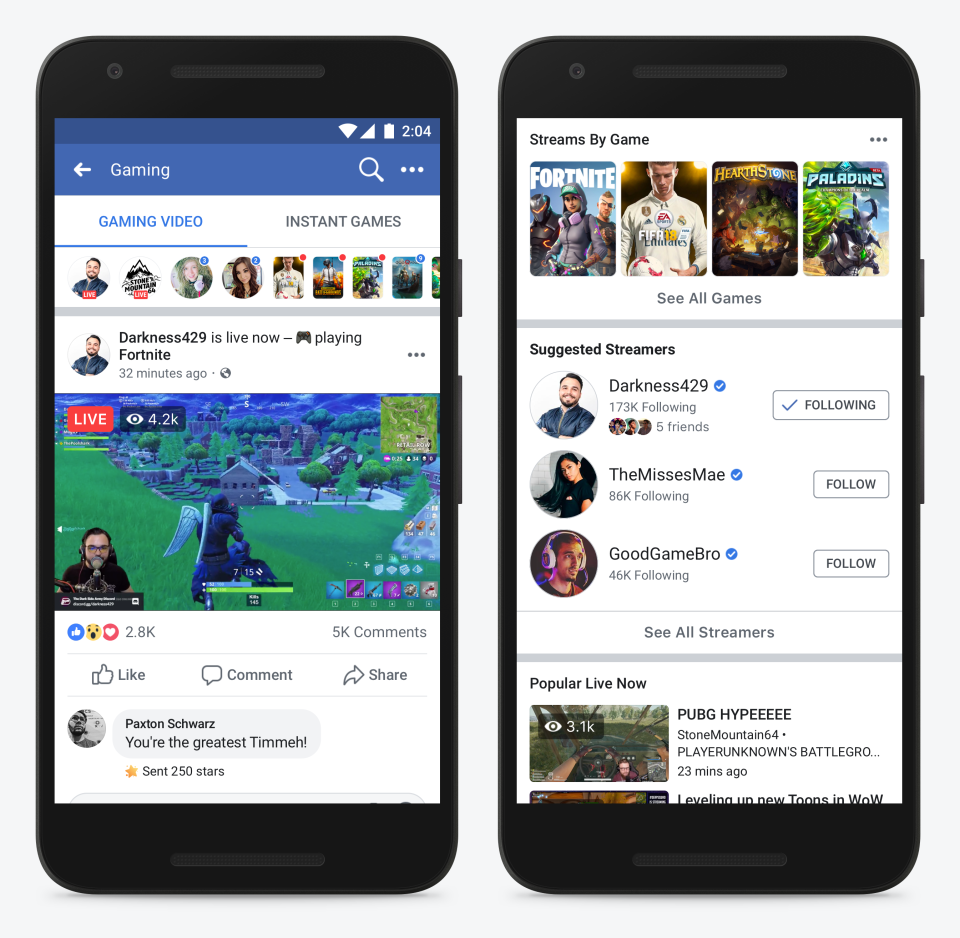 Creators aren’t the sole focus of FB.gg, as the new platform allows viewers to discover gaming content based on creators and games that they already follow, as well as Pages and Groups they are already a part of. “Many people already watch gaming videos in News Feed, Groups and Pages, and we want to do more to help creators get discovered and reach new fans,” said Facebook.

FB.gg is still in its “experimental phase” and will continue to be tested, taking on board feedback from the use of its new tools and suggestion algorithms. Still, Facebook must have a lot of faith in the move, as it is already sinking a fair bit of “funding into content from creators and esports that will also be aggregated in our gaming video destination.”

The platform will be making an appearance at E3 to discuss the new hub under its new Facebook Gaming brand. Developers will be discussing what FB.gg has to offer content creators, with MelonieMac, Darkness429, MissesMae and StoneMountain64 providing first-hand accounts of their tests.

KitGuru Says: Facebook has a lot of potential for new content creators thanks to its huge user base, but whether or not the quality of these new streamers will reflect that remains to be seen. Still, I’m all for more streaming platforms as the eSports world continues to grow exponentially. Would you consider watching streams or creating content on FB.gg?