Tesla and Boring Company CEO Elon Musk has had a rough time lately, with many sleepless nights at the office trying to fix the problems with the Tesla Model 3. To aid the billionaire’s woes, fans have banded together to crowdfund enough money in order to replace what can only be described as a poor excuse for a couch that Musk has been resting on, raising over $5,000 in just two days.

Although it’s quite obvious that Musk can afford to replace his own furniture with his estimate $20 billion worth, Tesla fans are a dedicated bunch that often praise the founder for his drive to transform technology to run on sustainable energy rather than the more harmful fuels.

CBS This Morning took a tour of the esteemed entrepreneur’s office in Fremont, where it was revealed that Musk had been resting on a couch during his tireless nights exploring solutions to the Tesla Model 3, which has since had its entire production paused. 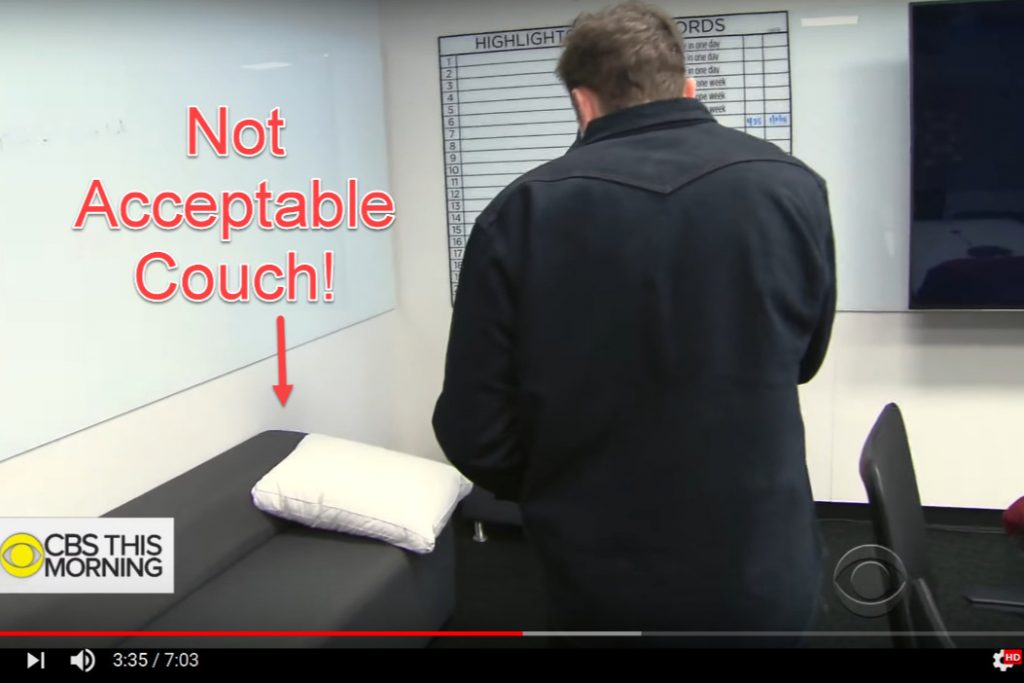 Musk briefly complained about the couch, as anyone would if they are working their fingers to the bone, however sustainable technology enthusiast Ben Sullins couldn't idly sit by. Upon seeing the conditions that Musk was putting himself through,  Sullins opened up a GoFundMe campaign to get it swapped out for something more suited to the strenuous work the CEO has been putting in.

Set at $1,000, the goal was smashed within the same day, subsequently gaining a total of $5,421 during the second day. Sullins is continuing the campaign until Musk and Tesla get back to him regarding the campaign, or three days after the goal is hit.

If he does not get a response from the company, which is currently discussing things internally, then the collected money will be distributed to a charity. In this event, it will be selected by a community vote among those that have backed the campaign.

KitGuru Says: Usually we hear of Musk doing something quirky, so it’s interesting to see how his wacky antics have been turned on him. Of course, Musk knows he can afford his own couch and didn’t ask for the support but it’s somewhat sweet that he has affected his community so much that they want to give back to him. What do you think of the campaign?