Across Eurasia, around 300 million Russian speaking folks will have powered up their favourite search engine to be treated to a peacock display of pro-gay messaging. Has any country’s state policy ever backfired so badly and so publicly?  KitGuru looks for rainbows in the skies over rain-drenched Blighty.

Some battles are too easy (Seahawks/Broncos?), while others are a complete disaster.

Based on polls carried out in Russia, Putin’s anti-gay legislation (brought into law last summer), was supported by 74% of the population. In most situations, that kind of landslide would be considered ‘safe political ground’.

But Russia has the Olympics, and the world has spent the past 9 months pushing its finger into Putin’s nose and make him look like an idiot whenever possible.

This morning, the largest and most pervasive attack possible has been unloaded on the Russians.

And it’s not messing around with any ‘potential misinterpretations’ of its Sochi colour scheme – by carrying a clear anti-discriminatory message into every classroom, office and living room across the region. 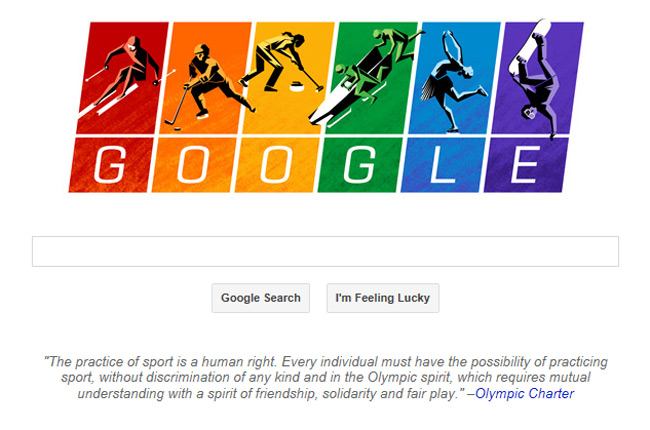 KitGuru says: We tend to be non-political here, but this is a cracking stand by Google. Knowing that every single search that the Russian government, ministers, military personal, President and Prime Minister carry out during Sochi – will be done using gay-supporting technology. Nice touch!   Don’t mess with the bull chaps, you will get the horns.