Remote healthcare and the rise of telepresence and surgical robots

The use of robotics in surgery and healthcare in general is expected to grow rapidly over the next six years, according to a new study. The higher rates of success with high-end surgical robotics are part of the reason, though telepresence screens and systems are also expected to increase in usage as health systems adjust to provide care to more patients.

As the general age of general populations among many countries increases, healthcare services will be in greater demand than ever. However it's thought that robotics may be able to offer a method of maintaining standards of care without overburdening existing healthcare workers. By leveraging robotics, it may be possible to not only continue care as is, but even improve its results.

In the case of surgical robots, it should be possible to complete surgeries in a manner that simply isn't capable with human hands. It is also possible remotely, over long distances, therefore not necessarily requiring close proximity to the medical professional. 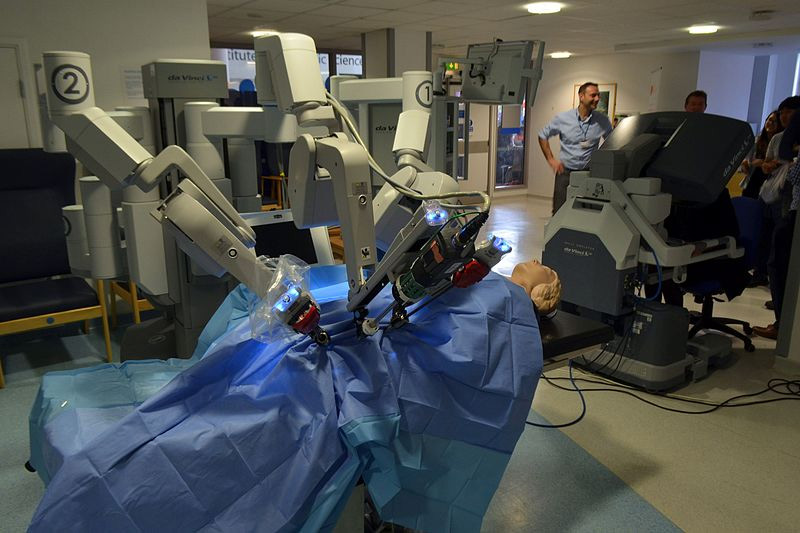 A Da Vinci surgical machine on display at a science festical. Source: Cmglee/Wikipedia

That aspect of healthcare is being extended to diagnosis too. The introduction of telepresence systems that could allow for patients to be looked over at home or at distance, frees up more time for healthcare experts to see more patients in a shorter period of time. It also makes it easier to confer with certain specialists if investigating doctors do not know enough to proceed with treatment.

The Azoth Analytics study suggests that the robotic healthcare industry will grow by around 21 per cent by the year 2021. It also predicts an increase in spending from current levels of $825 (£650) to as much as $7 billion by 2022. This will be driven by surgical and telepresence robotics, but also rehabilitation systems which help people recover from surgery and major illnesses.

KitGuru Says: How do you guys like the idea of being cared for by partial robotics? It does seem like when we're all old we'll have some form of robot keeping an eye on us. The question is how human will its face be?