Hydrogen fuel cells have always been seen as the big future tech that's vaguely going to come about some time in the next few decades and it's been that way for a long time. Whether you're remembering Keanu and Mr Freeman's Chain Reaction, or have ever read into the complexity of fusion engines, the problem has always been offsetting the costs of creating the fuel cells in the first place and making the extraction and isolation of hydrogen a process that doesn't cost far more than traditional alternatives. Evidently now though, we're nearing a point where that might be possible, as Toyota is looking to put its first hydrogen fuel cell vehicle on sale in 2015.

But even then, only in California, as the range of the vehicle means filling up is about as regular as a typical car and without much infrastructure in place yet, you don't want to end up driving too far from a fill up point. You'll be able to get 300 miles on a tank and it'll take less than five minutes to fill (a marked improvement over a lot of electrical vehicles that are available at the moment). Power isn't anything amazing at just 130 horsepower, but if you're buying a car like this, that's not what you're interested for. 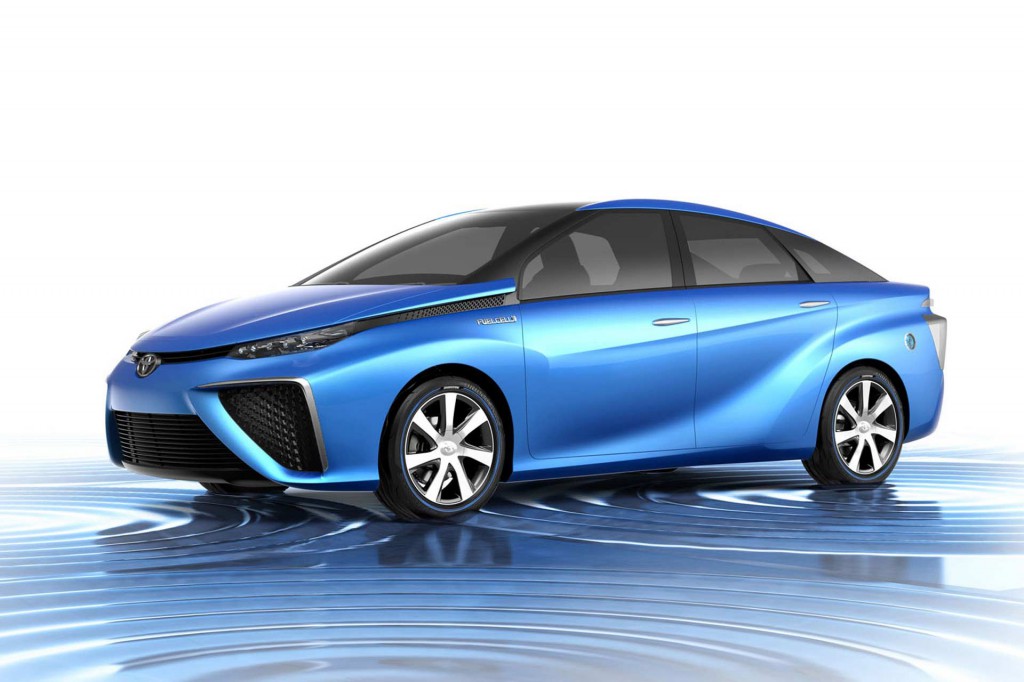 Since its only waste product is water, hydrogen fuel has many distinct advantages. Cost is as yet, not one of them.

Even with the limited sales range though, the number of people who can actually afford it may not be particularly huge either. The fact that Toyota has yet to release a price is suspect, considering if it had made it very affordable, chances are we've have heard about it right off the bat. However, as Wired reports, Toyota is claiming a 95 per cent drop in construction costs over the first fuel cell design it created back in 2002.

To help improve the uptake of the vehicle, Toyota is also investing in infrastructure, helping build more hydrogen pump stations and increasing their range, thereby growing the size of the market for such vehicles. It's going to be a slow burn however, as even with a couple hundred million from the state, the plan is to have only 100 fuelling points constructed by 2024.

KitGuru Says: Something tells me we'll not all be moving over to hydrogen tomorrow. Or even in the near future. Do you guys think it's the car fuel of of tomorrow, or are we looking at something a bit more simple like electric cars?