Whether you think that 3D printing guns should be allowed or not, I think we can all agree that paper airplanes are generally harmless and a gun that folds and shoots them for you is a pretty cool invention.

Michael Krone, a Düsseldorf-based mechanical engineer, appears to have a passion for paper airplanes. He has written a book on the subject, given a university lecture and runs a website purely dedicated to building the best paper airplanes and the physics behind them. Obviously, the guy is pretty smart but if all of that wasn’t enough to convince you then maybe you should check out his paper airplane gun: 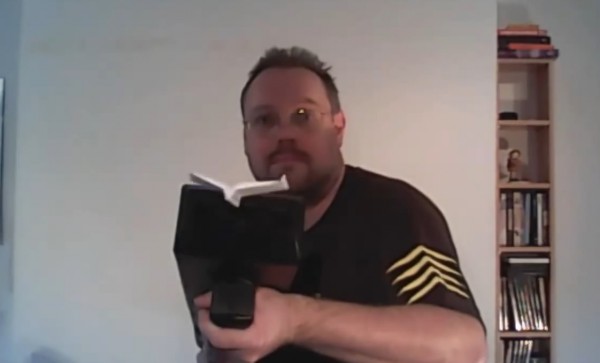 “A little tinkering from me that shows what you can do with 3D printers today. Most parts of this paper airplane machine gun had printed by fabberhouse.de (the rest of them are to buy via Internet or hardware store). By the way, I use a cordless screwdriver from China for driving.”

Krone has yet to release any plans or instructions for users to follow in order to print their own and doesn’t appear to have released any further information about the gun’s construction.

KitGuru Says: The fire rate is a little low but it must take a lot of work to create something that folds perfect paper airplanes automatically and then shoots them. Do any of you guys 3D print at all? Have you made anything cool?