The European Commission is currently in the process of eliminating roaming charges for mobile customers travelling within the EU, which is great news. However, the Commission is also toying around with some safeguard ideas to ensure the new system isn't abused. Earlier this month, a draft proposal called for a 90-day time limit on consumers before being charged extra for using their phones abroad. This was called out by consumer rights groups and has now been scrapped.

That means when roaming charges are outlawed within the European Union next year, you won't have to worry about time limits and just use your device as normal. However, mobile operators will be able to check up on ‘irregular usage'. 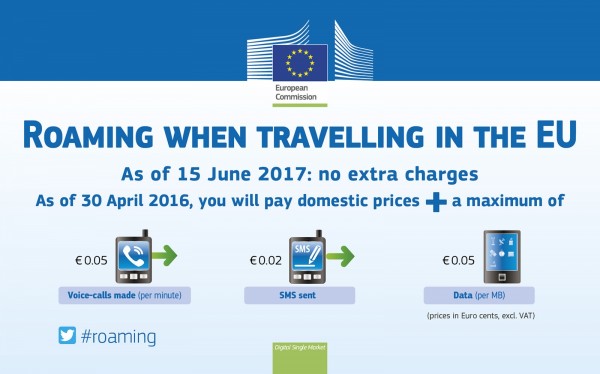 As the EU's digital commissioner puts it (via euronews), if someone has a place of residence in Germany or France, but uses a SIM card from an operator in Estonia for an entire year to take advantage of lower prices, then the operator will be able to check up on that and charge you more in the future.

This is the latest safeguard idea floating around, though it still needs to be approved by the EU before going anywhere.

KitGuru Says: Many consumers were happy to hear that roaming charges will no longer apply within Europe. However, it does make sense for something to be in place to stop abuse of the system.