Google and LG are teaming up to launch their own Samsung Gear VR competitor for the LG G3 handset. It is inspired by the Google Cardboard VR headset design, which was shown off last year.

The headset will turn the LG G3 into a virtual reality device, essentially doing the same thing as the Gear VR headset, which uses the phone screen as a display and runs off of battery power. 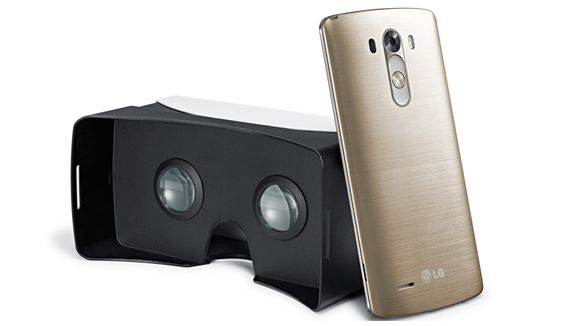 The G3 will slot in to the headset and use Google's own software to create a virtual reality environment. It will feature a neodymium ring magnet that uses the handset's Gyroscope to let users control it without having to touch the display itself.

The virtual reality headset for the G3 will only launch in selected markets and will come free with the LG G3, although a release date has not been set yet and it is not known how much the headset will cost on its own.

KitGuru Says: Google has always been a fairly experimental company so it isn't surprising that it is putting some effort in to virtual reality. However, it still remains to be seen if VR on a phone can be a good experience.