Google will be running entirely on renewable energy next year

Over the years, many giant tech companies have been working towards becoming greener and it looks like Google may be leading the pack in that regard as from 2017 onwards, Google will run entirely on renewable energy. Since Google operates some of the largest services in the world, including its search engine and YouTube, a lot of energy is used at Google's offices and databases on a daily bases but soon, all of it will be powered by solar power and wind turbines.

Google has been one of the world's largest buyers of renewable electricity for years and up until now, around 44 percent of its energy came from wind turbines and solar farms. However, starting in 2017, this number will reach 100 percent, which will be achieved through buying enough wind and solar electricity a year to account for every unit of electricity Google's operations consume. 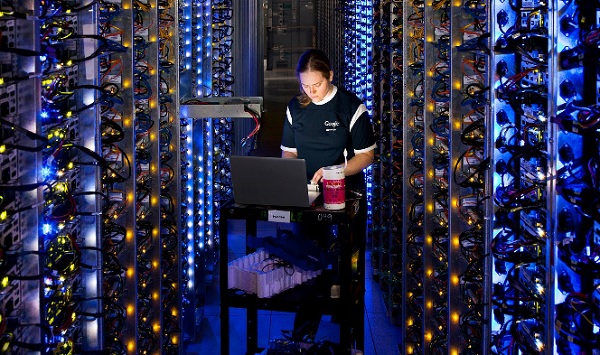 To commemorate the occasion, Google will be updating an Environmental Report going forward, where we will be able to find out more on the company's decreasing carbon footprint and energy sustainability. Right now, the report shows that Google will be able to use 50 percent less energy than most data centres and reduce waste by 86 percent.

KitGuru Says: Environmental initiatives have become increasingly important for tech companies over the years, especially at data centres where power bills can skyrocket. The fact that Google is going to operate entirely on renewable energy throughout its global operations is definitely an impressive feat.

Previous Chrome for Android will let you save web pages and videos for offline viewing
Next Polaris 10 XT2, Polaris 12 and Vega 10 show up in macOS drivers