While 3D printers are getting smaller and cheaper, traditional printers are going mobile, but more expensive. A group of students from the Jerusalem College of Technology have created a pocket sized printer that rolls around on top of your paper like a robot vacuum, eliminating the need for huge, bulky printers.

The group is asking for $400,000 in funding on Kickstarter in order to bring this product to market. In the video posted on the project page, Zuta Labs Designer, Jonathan Stein, explained how the idea came about: “We looked at printers today, and we saw big bulky boxes with the print head inside moving from left to right. Then we thought, ‘Why not just take the printer out, and put it on a robot?'”. 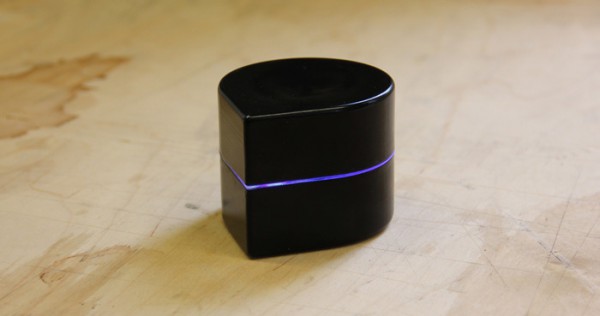 Its all well and good having a pocket sized robot printer, but is it efficient? After all, nobody wants to be spending a ton of money on ink cartridges- Well the team has that covered, the printer will hold a cartridge of ink capable of printing 1000 pages along with a lithium polymer battery that will power the device for an hour.

If you want to support the Kickstarter and buy one of these then it will cost you $200 minimum, which is a bit more expensive than most full sized printers these days. This all came in the same week that M3D unleashed its micro 3D printer on Kickstarter, which has now gone on to raise $2 million, a heck of a lot more than the $50,000 asking price.

KitGuru Says: I don't think I've actually used a printer for years but many people still use them. Would you rather have a micro sized, quiet printer that just sits on top of a sheet of paper? Or are you happy with the printers we have now?

Previous Win STEAM game of your choice (or TitanFall) this weekend!
Next Hearthstone single player adventure mode debuted at PAX