We already know that Google has another pair of Nexus smartphones planned for release later this year but one more recent rumour pointed towards an additional pair of Nexus smartwatches too. Now, a leaked render seems to confirm the wearables, giving us an early look at what is coming this year.

Things have been pretty quiet on Android Wear and the wearable market as a whole recently. However, this year it looks like we can expect a revamp with the launch of Android Wear 2.0, which will supposedly debut on the Nexus smartwatches known as Angelfish and Swordfish. 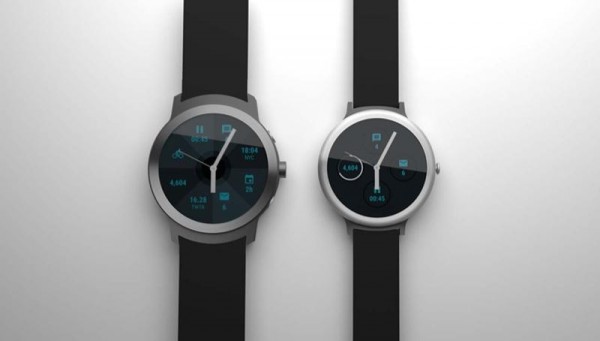 The leaked render above began circulating the web this week. However, the source of the image is hazy at the moment. All we know for sure is that AndroidPolice seems to have the biggest scoop on Google’s pair of Nexus watches, with the most details.

As far as we know right now, Angelfish will be the more expensive of the two, featuring a larger watch-face and features like LTE, GPS and a heart rate monitor for fitness tracking. The watch codenamed Swordfish will be smaller and will lack those features. It will be more of a basic watch, similarly to the Pebble.

KitGuru Says: We still don’t know exactly when Google is planning to launch its new Nexus devices and it is harder to predict this year as Android Nougat’s development was accelerated. However, it would seem Google’s Android plans for this year also involve wearables. Do you guys think a Nexus smartwatch could be successful?