Leap Motion has launched a virtual reality head mount for its PC peripheral motion controller. This will allow Oculus Rift users to track their hands as well as head movements.

The mount has launched alongside a new Leap Motion SDK, which enables the device to keep track of your hands from your headset's perspective, rather than from below. Obviously, the company is hoping that this will encourage developers to incorporate Leap Motion technology in to virtual reality applications.

The mount itself costs $20, which isn't a lot for a development tool, although you will also need the $80 controller for it to be useful.  Leap Motion co-founder, David Holz, wrote a little blog post, stating why he believes hand tracking will be essential for VR:

“If virtual reality is to be anything like actual reality, we believe that fast, accurate and robust hand tracking will be absolutely essential.” 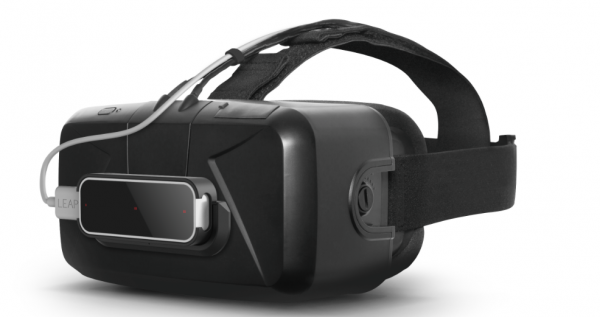 The head mount is only available to developers, much like the Oculus Rift itself as VR isn't meant for general use in its current form. Hopefully this will lead to some exciting new VR apps, games and even mods.

At the end of the blog post, Holz expressed his dedication to working on virtual reality and motion controls, hopefully bringing the two closer together.

“While motion control and virtual reality are both very new platforms, we've always been in awe of people's deep and abiding passion for the dream of a digital and physical convergence.”

KitGuru Says: Proper hand tracking is something that was missing from virtual reality, leap motion's new effort should hopefully lead to more immersive experiences with the Oculus Rift and even the Project Morpheus headset. How many of you guys have tried out virtual reality? Would you prefer motion controls to just using a controller?