Having a big display is awesome in most cases but they aren’t particularly easy to move around. That is where LG is stepping in with its new battery-powered MiniBeam projectors, which can give you an 80-inch display almost anywhere, and you can drag it around with you fairly easily.

While many projectors require proper installation and plenty of distance to produce a big enough image, LG’s new PH450U Minibeam model is UST projector, which means it can project larger images at short distances. This one for instance needs just 33 centimeters of space from the wall to produce an 80-inch image, though resolution will be limited to 1280×720, so it won’t quite live up to a 1080p TV. 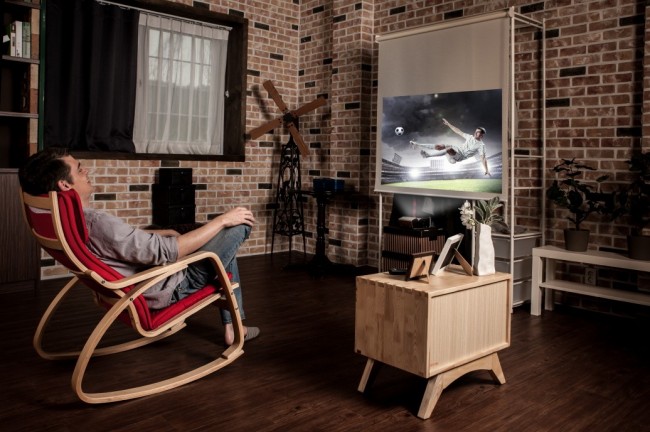 This particular projector comes with a rechargeable battery that will last around two and a half hours, so while you might just manage to get through the theatrical cut of a Lord of the Rings movie, the extended editions would be a no-go without plugging in.

The PH450U comes with an LED lamp and a brightness of 450 lumens, so you’ll still want to close your blinds for an optimal viewing experience, but as The Verge points out, for a portable projector, this is quite impressive, particularly against some of the competition. This particular projector launches at retail some time in October, with a price tag of $649.99.

KitGuru Says: Before I settled on the Samsung UE55JS8500 for my new TV, I did wrestle with the idea of getting a projector. Do any of you happen to own a projector? What do you think of LG’s new short distance model? It does seem fairly impressive to get an 80-inch image from half a meter away.

Previous Eve Online is free on Steam this weekend
Next Roccat Skeltr, Sova and Swarm at GamesCom 2016