Microsoft and Dropbox have announced a new partnership in an effort to better integrate the cloud storage service with the Microsoft Office suite. The joint announcement was made last night, and compatibility to iOS and Android apps is due to come in an update.

The desktop and cloud versions will be updated in early 2015, allowing users to save documents to Dropbox by default and even edit office files through the Dropbox interface. This will benefit those who use the Office suite across multiple devices, allowing them to open, edit and save files from a phone, tablet or PC. 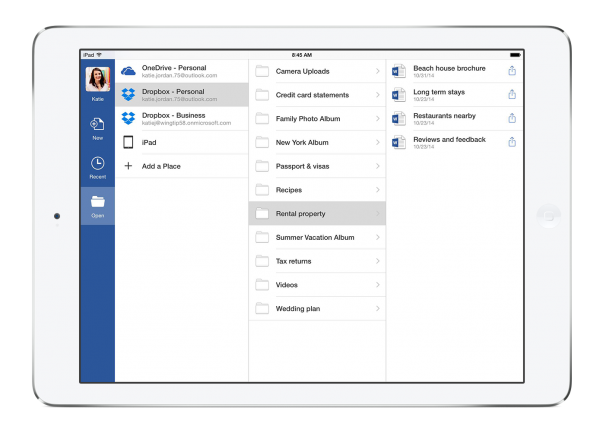 “Access to Dropbox content popped as one of the very first Office for iPad requests that customers had. They want access to where their content is. We’re doing it to make sure customers have a great experience”, explains Kirk Koenigsbauer, Head of Microsoft’s Office Engineering team.

The new partnership is another step towards Satya Nadella's vision for Microsoft, aiming to put cloud and mobile services first. Exact business details surrounding the deal have not been revealed although it is likely going to tempt some heavy office suite users in to subscribing to Office 365.

KitGuru Says: Apple's own office suite has had cloud functionality across iOS and OS X products for a while now so its good to see Microsoft stepping up and providing a similar service. Better yet, Microsoft's solution is entirely cross platform and doesn't force users in to a particular ecosystem, which is always nice. Ultimately, this is a very beneficial move for the consumer.