Microsoft has launched the new versions of Microsoft Word, Excel and PowerPoint for the Windows 10 technical preview, the company announced on its Office Blog. The new universal applications are designed to run on every device running the Windows 10 OS, from Windows Phones, to tablets, to PCs and laptops.

The Windows mobile versions aren't available just yet, but Microsoft is saying that it plans to open up the technical preview to smartphones sometime within the next few weeks. 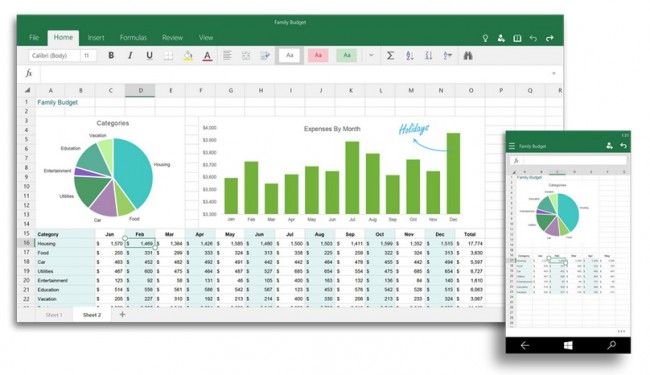 OneNote is available on Windows 10, although Outlook and Calendar are yet to make an appearance. Microsoft's Office suite is going to play a big role in the company's strategy for Windows 10 this year.

Those of you using the Windows 10 technical preview can download the new versions of Word, Excel and PowerPoint from the Windows Store Beta application from today on-wards, although Microsoft has noted that some users are having issues getting the download to start. If you can't get the download to work straight away then you should check the Microsoft blog post later for a status update.

KitGuru Says: The new version of Microsoft Office will be the first to run universally across all devices, which is an interesting change for the software. Are any of you guys still running the Windows 10 technical preview? Do you use Microsoft Office regularly?