A new Steam client beta update has rolled out, bringing with it a new feature to help keep better track of all the downloadable content you own for any specific game. Those using the beta version of the client will now see a DLC section in the Steam library.

Now when you click on the game, on the right hand side there will be a DLC section, showing your installed and owned downloadable content. Here is what it looks like: 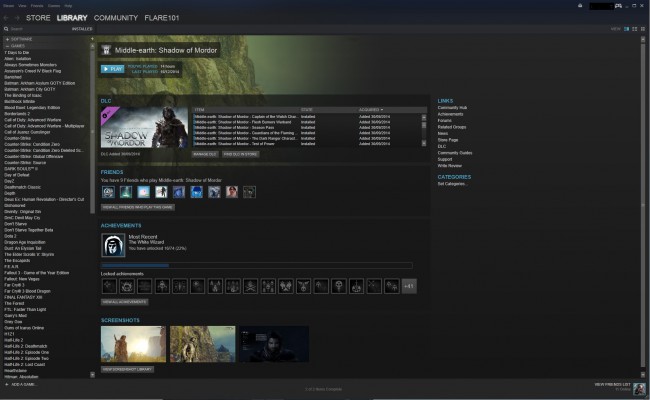 The new DLC box shows all owned DLC and tells you if it is installed or not, which could help for some titles like Borderlands 2, which has stacks of DLC.

This is one of the first changes to the library view in a while and Valve likely has more planned to launch eventually. If you want to activate the Steam beta update you'll need to go in to your account settings and change your beta participation setting, then restart the client for the update.

KitGuru Says: Steam client updates happen all the time but they usually only contain changes behind the scenes. What do you guys think of the DLC box in the library? Are there any other changes you'd like to see Valve make to Steam?