Microsoft has worked on some incredible research projects over the years, from desks with holographic displays, to a full room augmented reality effort reminiscent of the holodeck. This time around, Microsoft Research has focused its efforts on new forms of long-term data storage, with Project Silica storing data on quartz glass.

Project Silica uses recent discoveries in high speed laser optics and AI to store data in quartz glass. As a proof of concept, Microsoft teamed up with Warner Bros to store Superman: The Movie on a glass panel roughly the size of a drink coaster, coming in at 75x75mm and 2mm thick. The full movie ended up being 75.6GB in size and was also successfully read back once stored, making this a big milestone. 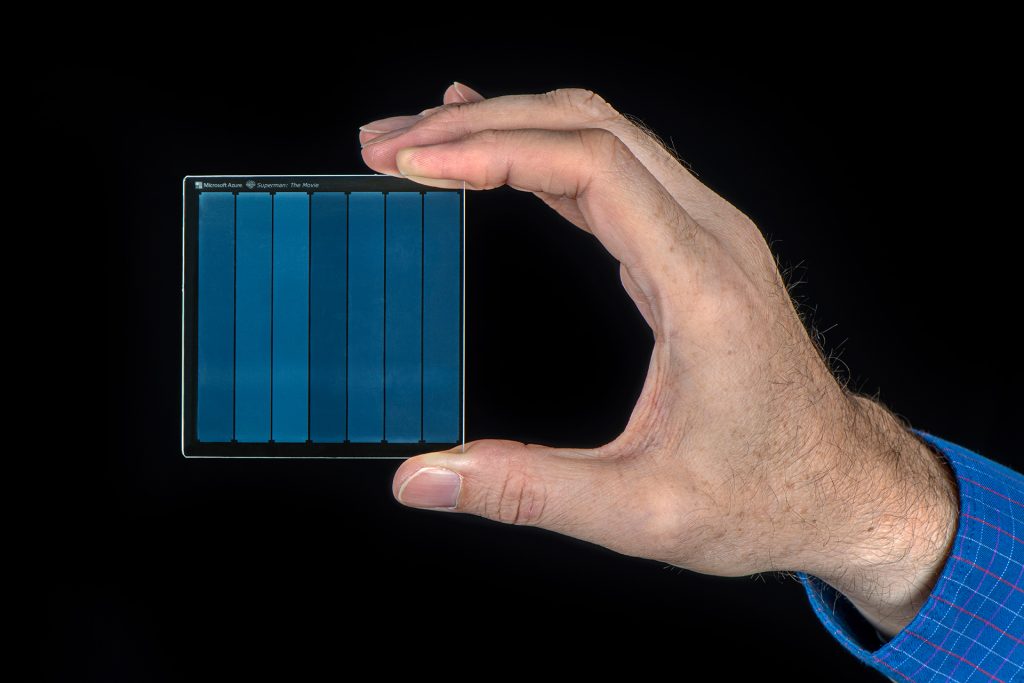 The whole process works by using a laser to encode data in glass by “creating layers of 3D nanoscale gratings and deformations at various depths and angles”. Then, a computer controlled microscope shines light through the glass and reads the data back. A machine learning algorithm is used to point the microscrope in the right direction and then decode data as it is being read. While other forms of optical data storage degrade over time, Project Silica aims to be a more long-lasting form of data storage.

According to Microsoft, this glass can withstand boiling hot water, being baked in an oven or microwave, floods, demagnetisation and other environmental threats. With all of that protection in place, Project Silica seems like the next step for long-term data storage. Warner Bros was particularly interested in getting involved with Microsoft's project, as the studio looks to safeguard historical films like Superman, Casablanca and others currently stored on ageing film reels.

Mark Russinovich, Microsoft Azure’s chief technology officer, labelled the Superman transfer as a major milestone, adding that this proof of concept means “we're now in a phase where we're working on refinement and experimentation, rather than asking the question ‘can we do it?'”

KitGuru Says: Project Silica is incredibly interesting. Traditionally, we all store our data on HDDs or SSDs and eventually migrate those files over to a new drive once signs of old age start to appear. With Project Silica, the theory is that data would only need to be written once and then the physical glass would last hundreds of years. These are still early days, but this seems like a promising step for future generations of physical data storage.