Nvidia’s Android TV console, the Shield TV, is finally heading to the UK this week. From tomorrow, those in the UK and EU will be able to pick up a Shield at certain retailers, featuring the Nvidia Tegra X1 Maxewell based chip. In addition to that, the GRID streaming service is receiving some changes, with its name changing to GeForce Now and a new subscription option coming in to place.

The Shield TV is in some cases, as much as 34 times faster than other media streaming set-top boxes. This is also the only box to be capable of streaming 4K content at the moment, which could make it quite tempting to early adopters of 4K displays: “SHIELD is a fantastic, easy to use product – letting you use just one device for all your living room entertainment,” said Jaap Zuiderveld, vice president of EMEAI at NVIDIA. “Music, TV and film have already been transformed by streaming. With GeForce NOW, we are bringing that same disruption to games at simply incredible value.” 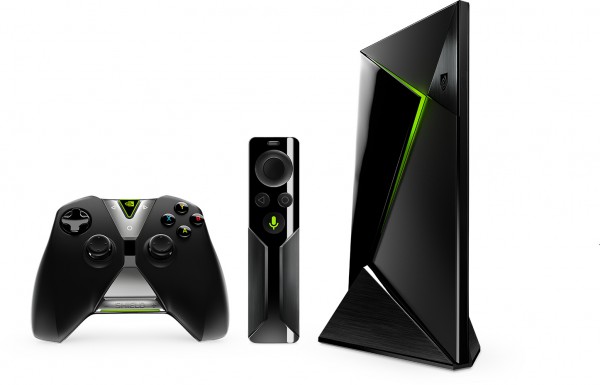 Some of the main features of the Shield include:

You may remember that Nvidia announced the GRID cloud gaming service last year for Shield tablets, we even put it through its paces back in January. Well now things are changing a bit, Nvidia is launching GeForce Now for the Shield TV console, which works in the same way that GRID did, allowing users to stream a pretty large library of games straight to their TV for £7.49/$9.99 a month. It’s basically a Netflix for gaming. The service will be free for the first three months, so you can try it out and see how well it works.

KitGuru Says: The Shield TV has been available in the US for a few months and it seems to have been positively received. Are any of you in the market for an Android TV streaming device?