Overclockers UK is reaching out to Twitch streamers

Overclockers UK is making a push to support professional gamers and more specifically, Twitch streamers this year, with a new sponsorship plan in place and a vision for the future. The OCUK team has kicked things off with a new PC build for Twitch streamer, Sacriel.

The streamer’s new build includes a custom watercooled Intel Core i7 5960x alongside an Nvidia GTX 980 graphics card, all overclocked by 8Pack himself. Mark Purdy, marketing manager for Overclockers UK says that “as a long term follower” of streaming and professional gaming himself, he understands the influence popular streamers can have.

[yframe url=’http://www.youtube.com/watch?v=nLXItKMfjc8&’] This video was created by Ben Davies, a new member to the Overclockers UK team that will be working on more quality content for the retailer’s YouTube channel. 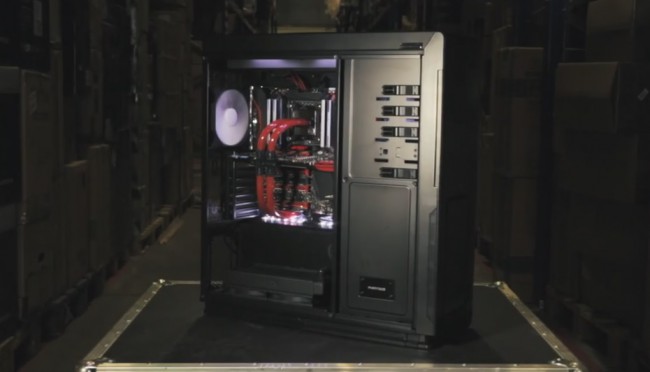 So how does a sponsorship with OCUK work?

“I make sure that I start partnerships in a two way operation, and I regularly attend the chat channels to show support”, Mark explains. “As with any promotion, exposure to the right audience is key and streaming allows me to directly interact and couple this with product promotion. Everyone needs computer hardware, and we want Overclockers UK to be the company at the front of the minds of the viewers. Integrating inside streams is not completely easy, but because of the dedication and support towards the streamer it works for us.”

Overclockers has already added a few great streamers to its ranks, including:

All of which have worked hard to stream regularly, build up a following and even get involved with the eSports scene. Mark works closely with all of these professional gamers and is hoping to expand and take more on board for OCUK this year. Aside from looking after other streamers, Mark also runs the official Overclockers UK Twitch channel, as well as his own, Valkia.

KitGuru Says: Professional gaming and Twitch streaming  have seen huge amounts of growth over the last few years, which is evidenced by the fact that more and more companies want to get involved with sponsorship and partnership deals. Have any of you guys been trying to build up a Twitch channel?