Razer revealed the Nabu smartband at CES earlier this year and since then more than 10,000 potential developers have signed up to test and create apps for the device. However, Razer wants to open up the testing to some of its best fans and as a result, 500 Nabu smartbands will be handed out to select applicants.

In order to apply for the extremely limited beta, you'll have to fill out an application form in which you will need to prove your dedication to the brand. The form asks you how many Razer devices you have used and the terms and conditions state that all applicants must be prepared to write a detailed report on the product after use. 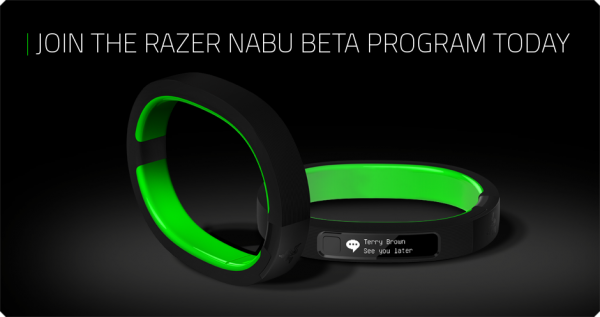 If selected, you'll be able to buy the Nabu for $1, the device itself won't ship until the 10th of July which is in exactly one months time. However, successful applicants will know in advance. If you're a fan of Razer or are just interested in the wearable device, then you can sign up for the beta test, HERE.

KitGuru Says: The Razer Nabu is one of the more interesting wearable devices coming to the market. It takes a slightly different approach to smart watches and Razer's CEO seems to think that developers will figure out plenty of good uses for the Nabu. Are any of you guys interested in Razer's armband? Would you sign up for the beta?