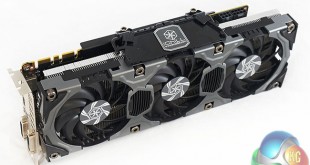 If you are shopping for a new high performance graphics card, then Nvidia’s GTX780 Ti surely has a spot right at the top of the list. Today we look at a highly overclocked and customised model – the Inno3D GeForce GTX 780Ti iChill DHS. This card ships with one of the highest out of the box clocks and features a hefty three fan cooler. The talking point? – it ships with an Allen Key so you can take it apart. If you can afford the £600 asking price is this the card you need for the next upgrade? 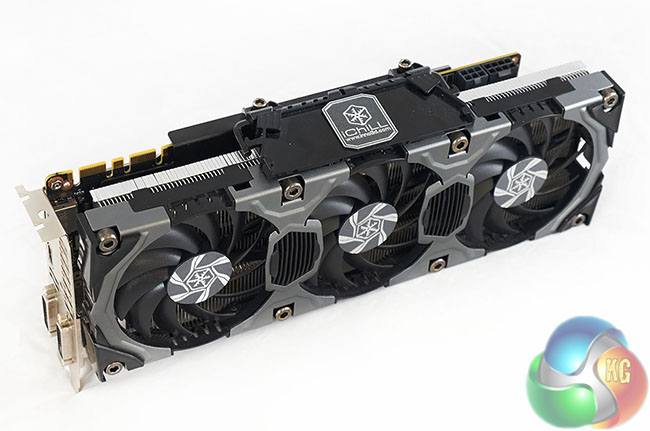 Make no mistake, the Inno3D GTX780 Ti Ti iChill DHS graphics card is a monster. The triple slot cooler looks stunning – almost like a futuristic weapon you would see in a Science Fiction movie. There are three 90mm fans which take centerstage and they force cool air over the thick heatpipes and heatsinks underneath. We will get a closer look at this later in the review, when we take it apart.