Several companies have been pushing for larger storage options on micro SD cards recently. SanDisk launched a massive 200GB micro SD card earlier this year and now Samsung is pushing the tiny storage option even further with a 256GB EVO model of its own.

The EVO Plus 256GB offers the highest capacity for a microSD card in its class, delivering speeds of up to 95MB/s and 90MB/s, respectively thanks to Samsung’s V-NAND technology. 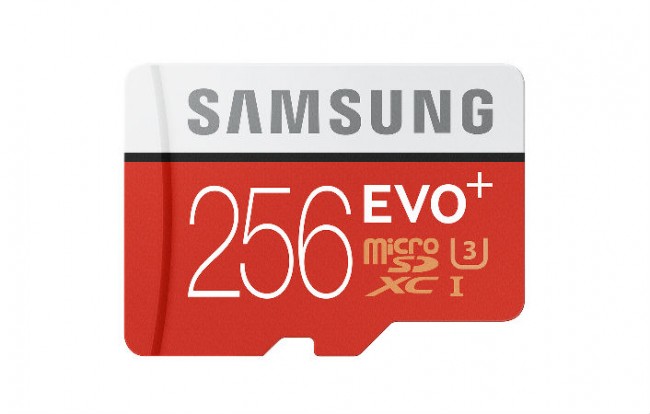 You could do a lot with 256GB of storage on a smartphone too, it could store 33 hours of HD video, or 12 hours of 4K/UHD footage, or provide space for intense footage like VR video, which Samsung obviously has a big interest in due to its place in the VR market with the GearVR headset.

It does not come cheap though, the Samsung 256GB EVO micro SD card will launch in a lot of countries including China, the US and the UK but it will cost $250 USD.

KitGuru Says: SanDisk had the highest capacity micro SD card for a little while but Samsung has now taken the throne. Do any of you require larger SD cards? I imagine if you are the sort of person that likes to store a lot of media on their smartphone then something like this would be really useful.