Someone has created a Game Boy emulator for the Apple Watch

At this point, it seems that software tinkerers will stick an emulator on just about anything. Previously we have seen versions of Windows, Doom and even Minecraft running on smartwatches and now, you can turn the Apple Watch into a Game Boy if you really wanted to.

This week, iOS developer, Gabriel OFlaherty-Chan put out an emulator named ‘Giovanni', presumably in reference to the leader of Team Rocket from the original Pokemon games. With this emulator, you can run Game Boy and Game Boy Colour games on the Apple Watch. 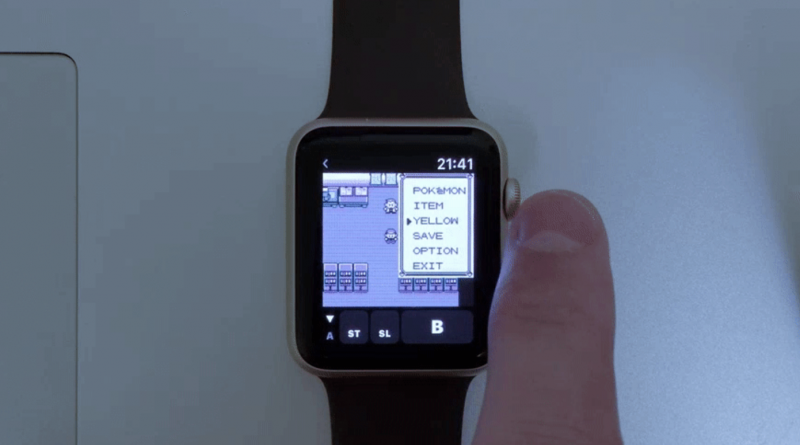 The code is based on an already existing Gambatte emulator, which has been tweaked with some wrist-friendly controls, making Game Boy games playable on the watch display. The right side of the screen acts as the A button while the left side of the screen acts as a control pad for movement. At the bottom of the display, there is just enough room for the B button, along with select and start.

Getting the emulator running was a complicated process due to the fact that Apple's watchOS does not support OpenGL or the Metal graphics API. Since this was more of a fun experiment, the emulator doesn't run perfectly and there are some crashes. However, the source code is freely available on GitHub for anyone who wants to take a look.

KitGuru Says: Game Boy emulators for mobile devices have been incredibly popular for some time now. However, since this isn't an app that you can just grab from the App Store, it doesn't seem like many people will get to try it out. Is there a device out there you would like to run an emulator on? I imagine eventually someone will get an emulator running on a smart toaster or something.