Amazon revealed its future vision for 30 minute delivery drones some time ago. Since then, the company has made significant progress with its drones, although due to some setbacks with the Federal Aviation Administration (FAA) Amazon had to take its tests to other countries where the rules gave the company a bit more slack.

Since then, the FAA has re-evaluated Amazon’s proposal for delivery drones and has granted the company permission to test on US soil. It seems that things are going well too, as FAA Deputy Administrator, Michael Whitaker, told a congressional committee this week that the FAA is looking to put regulations in place for commercial drones to operate in public airspace next year. 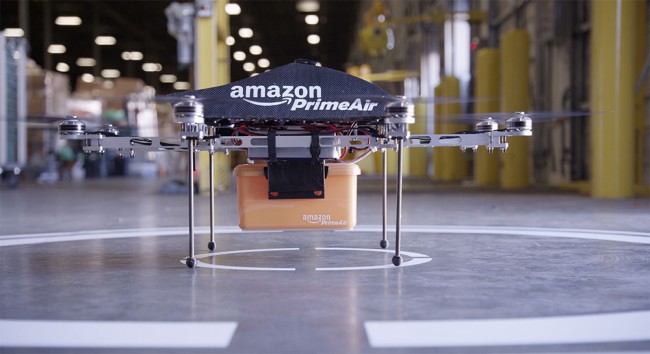 The FAA was initially looking at a 2017 date to put these regulations in place but it seems that it has come around on that quite quickly. Fortunately, Amazon appears to be ready for the time frame as well, as Amazon’s vice president of global public policy has said: “We’d like to begin delivering to our customers as soon as it’s approved. We will have it (the technology) in place by the time any regulations are ready. We are working very quickly.”

Amazon is aiming to deliver packages within half an hour with its new drones, it hasn’t really got in to great detail on how the whole thing will work or where it will be available but given that the process is speeding up, we may learn more come next year.

KitGuru Says: While Amazon’s delivery drones may end up flying around next year, it will likely be limited to certain areas for a while until Amazon gets everything worked out and can expand.