Fallout Shelter has made more money than Candy Crush this week

This week, Bethesda announced a new smartphone game called Fallout Shelter. For now, it is only available on iOS but it looks like in the last week, the game has managed to rake in more money than Candy Crush Saga, proving that free to play games can make good money without the use of cool down timers or premium currency.

According to statistics from App Annie, Fallout Shelter is the third highest grossing app on iOS in the US and UK this week, beating Candy Crush but losing to Game of War- Fire Age and Clash of Clans. 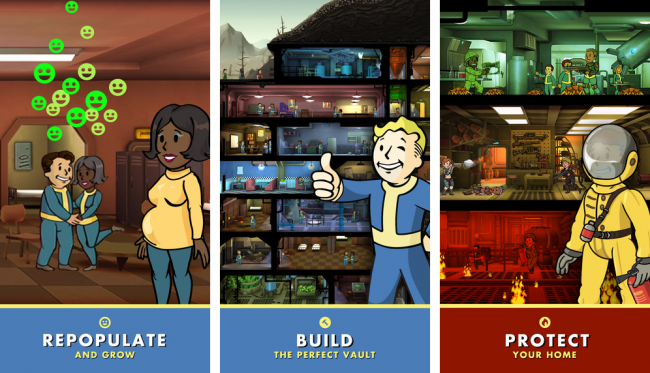 We don’t know exactly how much money Fallout Shelter is making but we do know that during the first quarter of this year, Candy Crush was raking in as much as $2 million per day. When Bethesda initially announced Fallout Shelter at E3, it seemed like more of a promotional tool for Fallout 4 but now seems like it could become a revenue stream for the company.

Fallout Shelter puts you in the shoes of the overseer of a vault. The game has you building new rooms and facilities for the residents, keeping everybody happy, managing resources and collecting loot from the wasteland. It is currently available on iOS but has yet to land on Android.

KitGuru Says: I’ve had Fallout Shelter on my phone for a few days and it is pretty fun, although I have been screwed over by rad roaches on multiple occasions. The game does feature one micro-transaction in the form of ‘lunchboxes’, which can contain anything from weapons and clothing to extra resources and inmates, although if you complete the challenge objectives, you will get plenty of these for free without having to pay. Have any of you tries Fallout Shelter yet?