The first handheld Steam Machine is now on Kickstarter

Last year, plenty of interest was raised in a portable hand-held Steam Machine for streaming PC games. At the time, the project was known as the Steamboy, however, things have progressed since then, with the creators getting AMD on-board behind the scenes, changing the name to Smach Z and turning the prototype in to a tangible device.

Now, we are starting to see things materialise, with the Kickstarter for the Smach Z officially opening up, with the goal of raising €900 initially, with stretch goals in place to bump up the initial specifications and feature set. 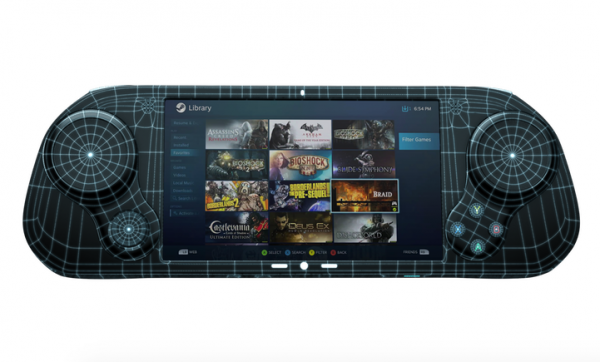 Is the campaign raises its starting goal, we can expect the Smach Z to feature an AMD G-series SoC, which uses a Jaguar architecture CPU and GCN-based GPU. It has 4GB of RAM, 32GB of internal storage and a 5-inch 720p display.

With stretch goals ranging between €1 million and 5 million we can expect additional features like a 1080p display, 64GB of internal storage as standard, official Windows support and the promise that the company won’t ever be sold to Facebook (yes that is an actual stretch goal).

Obviously the campaign isn’t entirely perfect, the campaign’s main video is a tad misleading, making claims that the Smach Z can play any game out right now, including intense titles like The Witcher 3 and Metro Last Light. While it may be able to stream those titles, they won’t be running natively at a comfortable frame rate.

The device itself will cost about $300 in its final form, though there is a more expensive PRO model, which features more RAM and storage. The controls are also modelled after the Steam controller, with touch pads, an analogue stick and your standard AXYB buttons. However, the Kickstarter also promises swappable components, similarly how you can swap out the analogue sticks and D-Pad on the Xbox Elite controller.

It is certainly an interesting prospect, though not everyone will have the WiFi capable of providing a smooth streaming experience from the PC to handheld. You can find the full campaign, HERE.

KitGuru Says: The concept behind this is very interesting, though I would prefer it if the campaign video was a little more honest about what is actually playable on the device and through what means, whether it be native or via streaming. What do you guys think of the handheld Steam Machine? Would you buy one?