A few weeks back, YouTube attempted to break in to Twitch’s market with YouTube Gaming, its own revamped live-streaming service. Now, Twitch is throwing a punch back with its own VOD service, allowing Twitch users to upload fully edited videos to Twitch.

Up until now, Twitch has focussed on being live, but has allowed users to post ‘highlights’ from streams or archive previous streams. With this new feature, we could see Twitch channels getting more YouTube-style content, with fully edited videos recorded offline. 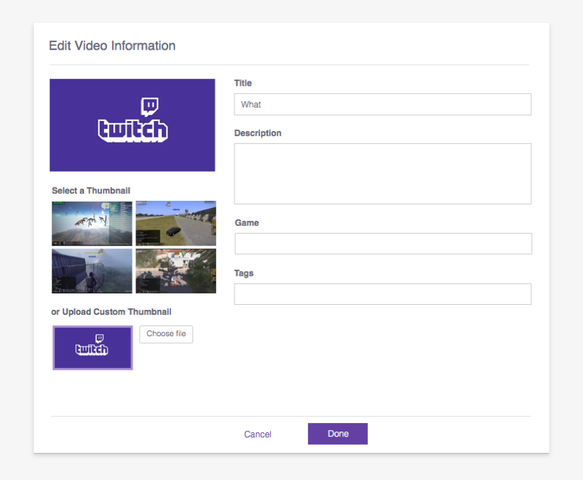 The announcement was made this evening as part of the Twitch Con keynote. Twitch also revealed that it would be switching over to HTML 5 entirely next year. More details will likely be shared soon but for now, we don’t have a launch date for VOD uploads on Twitch.

KitGuru Says: I don’t really think that Twitch needed video uploads, the service gained its popularity largely down to its live-focus and interactivity. However, it will be interesting to see if these VOD uploads become popular or if YouTubers start transitioning over to Twitch. If anything, I can see Twitch being used as a mirror for YouTubers who also like to livestream on the side.