It is hard for companies to keep secrets these days, something that Warner Bros learned the hard way during Comic Con last week when the trailer for Suicide Squad was posted to the internet and spread around like wild fire in all of its blurry, pixelated glory. This has caused quite a stir, since many go to Comic Con's famous Hall-H to see exclusive film footage before the rest of the world but more often than not, that footage does not remain exclusive for long.

It would seem that the era of con exclusive footage is over and it is clear that Warner Bros isn't all that happy about it. After failing to contain the Suicide Squad leak, the studio gave in and posted the HD version of it online, although it came accompanied by a rather begrudging message: “Warner Bros. Pictures and our anti-piracy team have worked tirelessly over the last 48 hours to contain the Suicide Squad footage that was pirated from Hall H on Saturday. We have been unable to achieve that goal. ” 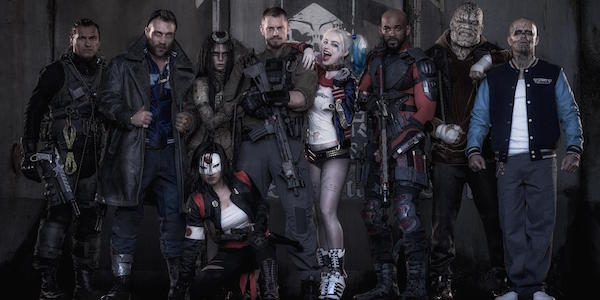 “Today we will release the same footage that has been illegally circulating on the web, in the form it was created and high quality with which it was intended to be enjoyed. We regret this decision as it was our intention to keep the footage as a unique experience for the Comic Con crowd, but we cannot continue to allow the film to be represented by the poor quality of the pirated footage stolen from our presentation.”

In contrast, when the Avengers 2 trailer leaked last year, Marvel seemed to take it in stride, putting the HD version on YouTube almost immediately and tweeting out “Dammit, Hydra”, rather than moaning at fans for being excited about an upcoming blockbuster.

KitGuru Says: Warner Bros seems to be stuck in the past if it truly believes that it can publicly show movie footage without it finding its way on to the web in this day and age. Honestly, it's a little weird that Comic Con's many panel events aren't just live-streamed, much like the conferences at E3. If they were worried about monetization, Comic Con organizers could do it through their own platform and sell ‘online passes', that way those in other countries could also tune in. Or they could just use Twitch and generate ad revenue through that, either way, there are better options.