This week, a new Windows 10 preview build started rolling out to insiders, giving us an early look at some of the features arriving in the next big update. The next Windows 10 feature update is codenamed ‘Redstone 4' and one of its most notable features ‘Near Share' aims to take on Apple's Air Drop system.

On iOS and macOS, Air Drop has been a staple feature for years, allowing for easy, seamless sharing of files and content between devices. With Windows 10 Near Share, users should be able to easily send files or web links to other Windows 10 devices in your house. 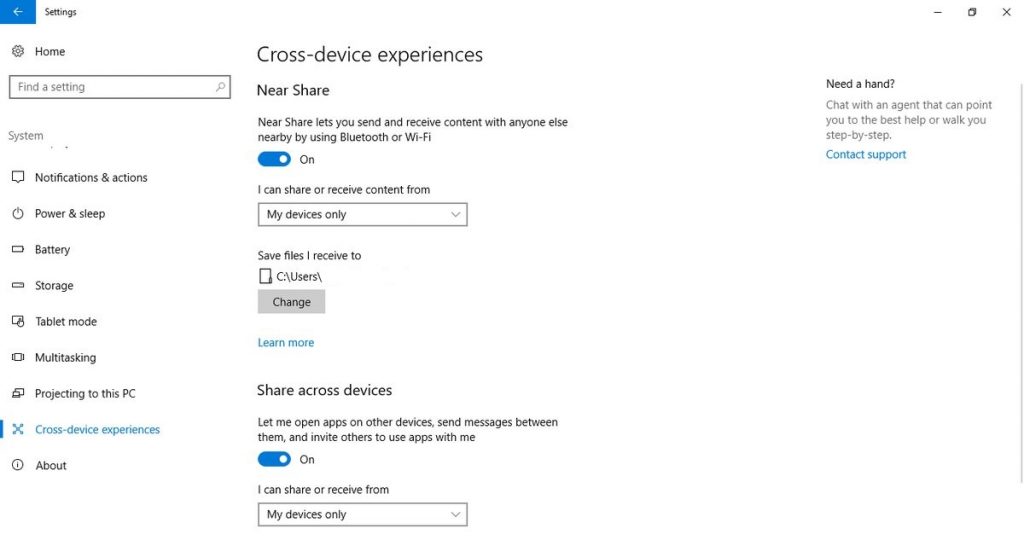 The system utilises Bluetooth, so for many desktop users, an additional Bluetooth receiver will be required. When a device is in range and you attempt to share something with it, that person will receive a notification of the transfer and can accept it or decline it.

Near Share is currently in preview build version 17035, which also comes with a few new improvements to the Edge browser. Microsoft has been building on Edge since Windows 10 first rolled out, with this update, users will finally be able to mute tabs playing audio.

As Techradar points out though, not all insiders have access to the update just yet, particularly since there seems to be a bug with AMD processors. However, if you are an Insider opting into ‘fast ring' updates with an Intel-powered system, then you should be able to update.

KitGuru Says: As an iOS and Mac user, I use Air Drop pretty regularly to fling content between devices. It's always a feature I thought Windows could benefit from and will hopefully end up being lead to a more cohesive ecosystem.

Previous Bluehole is returning to MMOs with Ascent: Infinite Realm
Next Yet another Pixel problem as users report that the 2 XL’s coating is already peeling