The Hauppauge HD PVR 2 Gaming Edition is packed with features. It can record in three different formats, all of which can be uploaded to YouTube.  It also features a ‘no-delay' HDMI pass through, and can downgrade resolutions to 720p or even 420 x 270. Negatively, the maximum capture rate is 30 frames per second.

In term of appearance the Hauppauge HD PVR 2 is a significant improvement on the previous version, elegantly designed and somewhat understated, in black. The LED strip is not only functional but gives it a distinct look. The capture button however could be better, it feels rather flimsy and didn't always stop the recording when pressed.

The gaming performance is superb when using the HDMI passthrough (only possible with Xbox 360) or using component in to HDMI out (Playstation 3). There is literally no delay or visible lag even when starting to record and you will soon forget that the video is passed through the Hauppauge device before going to the TV.

Again this is a significant improvement over the previous version.

The fact you can still game at 1080p (or 1080i for Playstation 3) and record at a lower resolution is brilliant as this doesn't compromise your gaming experience and does mean the output files are much more manageable.

We do have a few concerns with the recording function. Firstly, the output on the computer is three to four seconds behind that of the live gameplay. This isn't in itself a problem, but when you press the capture button there is a small delay until it starts to record, meaning you could miss a second or two from the start of the gaming session.

We tested this device with several games, including Call of Duty: Modern Warfare 3 and Gran Turismo 5 and while the captured videos were clearly of a good quality, they aren't quite as crisp and smooth as the original game play.

When we recorded from Gran Turismo 5 the menu screens always seemed to flicker slightly … not a problem on the live content. There are also a few glitches and freezes in the recorded files we captured but this may be isolated to our Windows system.

There are a few other concerns with the Hauppauge HD PVR 2 Gaming Edition. The software does take a while to load and recognise which resolution is being used… it appears to crash for a few seconds each time.

We aren't impressed that the software is strictly designed for 1080p resolutions. While many gamers will have a 1080p monitor or TV there may be some that don't. Several pop up configuration dialogue boxes will have the lower buttons omitted, if you aren't running at 1080p.

You may want to run the computer output to a secondary monitor so that you don't have to keep switching the TV source each time you want to alter a setting or replay game footage. If only the option windows had incorporated scroll bars.

Looking into the price of this device AriaPC are stocking it for £142.39 inc vat. This is however, a lot of money, and will only target a select audience with a higher level of disposable budget.

Kitguru says: Well worth a look if you need to record video for Youtube and other platforms. Expensive however. 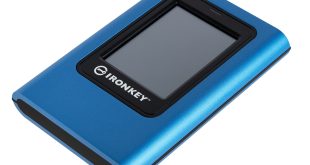 Kingston has a number of portable storage devices geared towards privacy and security. Today, the …