Although you might understand American TV network AMC's annoyance at someone leaking potential spoilers for The Walking Dead before they have aired, how do you feel about it using copyright law to hit them with legal action? That's exactly what's happening.

The Spoiling Dead Fans is a community of Walking Dead fans who are interested in following the latest news and trends from the show. As you might expect from their name, they aren't above trying to find out the most secretive information to get the drop on what's going to happen to their favourite characters.

That includes finding out who died in the last episode of the latest season when Negan decided to crack their skull open with his favourite barbed wire baseball bat.

While there's no guarantee that the spoiler group figured it out, there was a suggestion recently that they had. AMC it seems is quite keen to avoid the group revealing the results of its research, so it's sent a threatening legal letter to The Spoiling Dead, demanding that it not release that information.

“After two years, AMC finally reached out to us! But it wasn’t a request not to post any info about the Lucille Victim or any type of friendly attempt at compromise, it was a cease and desist and a threat of a lawsuit by AMC Holdings, LLC’s attorney, Dennis Wilson. They say we can’t make any type of prediction about the Lucille Victim,” the group said (via TorrentFreak). 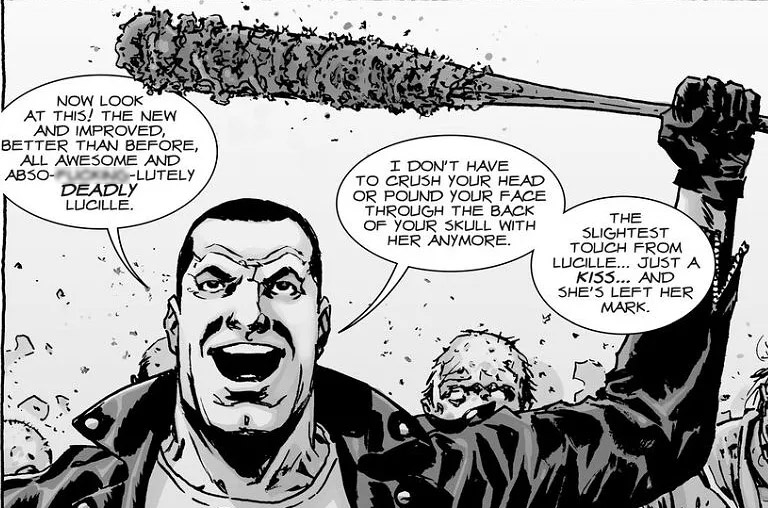 The letter stipulates that in order to have learned who Negan killed, the group must have gotten its hands on ‘copyright protected' information. While that sounds very unlikely to hold water in a court room, AMC is aware that The Spoiling Dead isn't an organisation with the legal funds or time to be able to dedicate to its defence, so ultimately the group has bowed out.

“After consultation with our legal counsel, we have responded to AMC that the TSDF staff will not be posting our prediction on who gets Lucilled on any of our outlets,” it said.

As the group pointed out though, there are many other individuals and organisations that would be interested in knowing the victim of Lucille's attack, so the name may end up being leaked anyway – especially now that AMC has drawn so much attention to it.

KitGuru Says: Although the big stink AMC is making about this would suggest that the victim isn't the same as the comics, it's crazy to think of it taking legal action over what could potentially be a discussion of the same event in another medium.

Previous Cuphead is still gorgeous, even with standard levels
Next Gabe Newell, Phil Spencer hate VR exclusivity as much as you