German chancellor Angela Merkel has a good reason to be sceptical of the US intelligence agencies and the NSA in particular, as it was discovered that despite both the US and Germany being allied nations, her phone was tapped. Since then she’s called for large reforms to US data gathering, but with President Obama’s somewhat lukewarm discussion on changes, she’s begun talking about creating an internet that’s completely separate from the US.

Essentially, she wants to create a system that means data isn’t automatically filtered through US companies, or datacenters, thereby avoiding NSA surveillance, or at the very least making it far more difficult. In her reasoning, she cited instances where companies like Facebook could easily be coerced to infringe on customer rights simply by moving data outside of a country with stricter privacy laws. 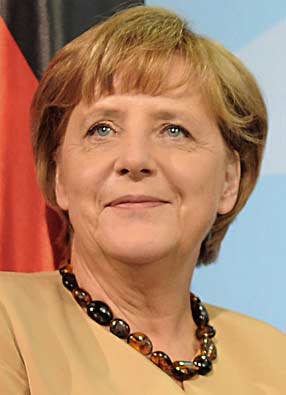 However, this sort of thing could be prevented she said, if there were some specific European laws on privacy and data handling, thereby making it impossible for country specific laws – or lack thereof – to influence the handling of international customer information. While those laws would be unlikely to affect the US, combined with her plan to remove the US as a potential middle man and you have a much more user-centric internet all of a sudden.

Of course any such move would need to be very careful, as it could begin paving the way for more restrictions rather than freedoms and rights. Theoretically it could be the first stepping stone to the creation of a US only internet, or an EU only one, which would limit access to information.

It also does nothing to stop the main problem highlighted in the PRISM case: that countries are spying on their own citizens. While distasteful and far too overt in the case of Frau Merkel’s mobile phone bugging, it’s always been accepted that nations spy on one another, but it’s the fact that they’ve snooped so deeply into their own people that makes it disturbing. An internet that was cornered off from international scrutiny would potentially make things even easier for nations to monitor what consumers are getting up to online.

Kitguru Says: I like that Merkel wants to change things, that much has to happen, but I don’t know if balkanising the web is the way to go about it.