Kim Dotcom isn't everyone's favourite entrepreneur. He's big, brash and has been well known for flaunting his wealth and success over the years. However since the raid on his home in January 2012, he's become quite the activist, taking on governments and copyright lobby groups alike in courts and the political sphere. And they too in turn have targeted him, seizing assets, blocking travel and they're still trying to extradite him some three years later. Lately however they've gone after his family and the Megaupload founder is not happy.

In court documents filed on the 30th December, the US government alleges that Dotcom's estranged wife, Mona Dotcom, should be financially investigated, as she is claiming ownership of some 50 per cent of the Dotcom fortune, which the authorities still claim is made up of illicit funds, since it alleges that the money was earned through copyright infringement promotion via the Megaupload file locker site.

It claims that the separation from her Husband was in-fact a legally tactical ploy to have her hide away money and other assets that the US government feels it is still owed.

“The Dotcoms have clearly made a strategic choice to delay the proceedings in the United States as much as possible while attacking the criminal restraints in New Zealand and elsewhere, so as to continue to enjoy the extravagant lifestyle funded by Kim Dotcom and his codefendants' criminal offenses,” reads the court filing (via Billboard). 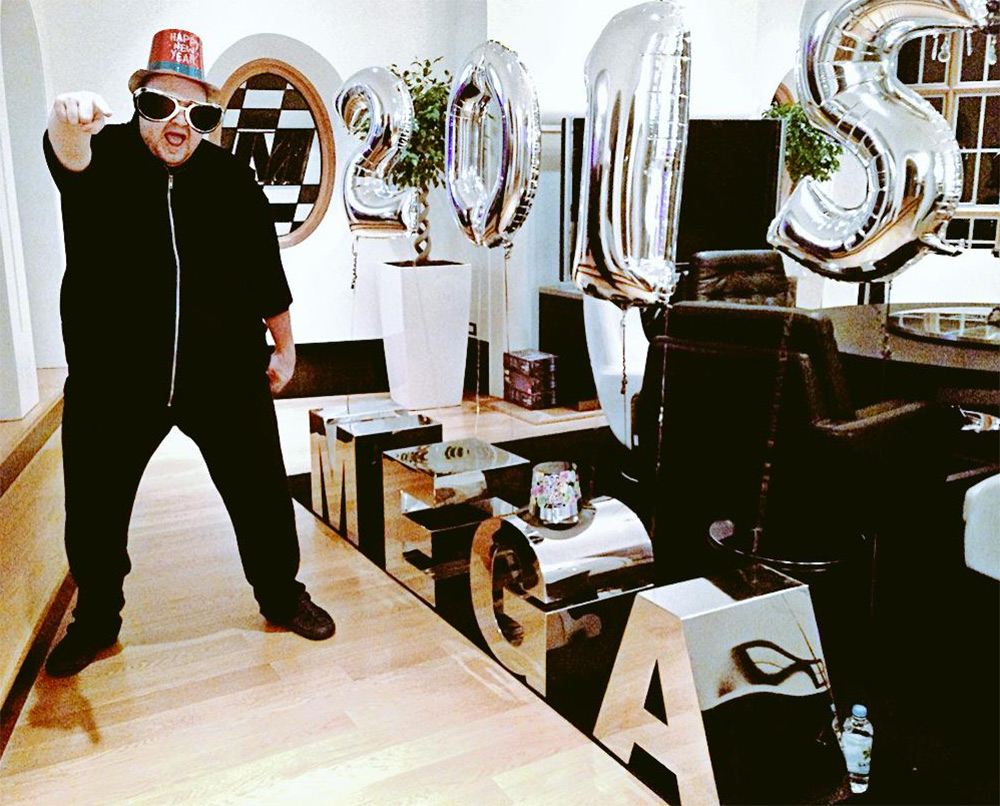 Meanwhile, the man himself has been seeing in the new year in style

As part of the filing, the government wants to know when her relationship with Dotcom began, as that could affect what sort of assets she is entitled to. It also suggests that since she cannot drive, she should not be entitled to any of the impounded vehicles. On top of that, it claims that since she had accounts with the Megaupload file sharing service, that she was well aware of its “illegal” activities.

While not going so far as to suggest that the marriage itself was a sham, the government's paperwork does claim that Dotcom has been attempting to shift ownership of much of his assets to his wife and children, in an effort to avoid government seizure.

“For example, Mr. Dotcom converted the Megabox.com project [later renamed Baboom], that was part of the criminal charges in the indictments before this Court into payment,” the court papers read. “Similarly, Mr. Dotcom and other defendants have created a web-based service Mega.co.nz that provides similar operations to Megaupload.com with some technical provisions, installed at the apparent direction of legal counsel, that Kim Dotcom apparently believes will make it more difficult to prove the knowledge of the fugitive Claimants, but that have apparently contributed to it becoming a ‘piracy haven.' Kim Dotcom has apparently sold many millions of dollars in shares in this business to at least eight different shareholders.”

Kim Dotcom himself took to Twitter to lambast the US government's investigation into his family:

Frustrated US DOJ prosecutors attack my estranged wife Mona, her assets & the future of our children. Don't worry. She'll respond 😉

He went on to reveal other details of the case:

The US DOJ also sent a heavily armed SWAT team to my mother in Germany to seize a car that I gifted her for her birthday. #Copyright

And highlighted aspects of the US and NZ governments' own law skirting:

Spying on me and my co-defendants 'illegally' using the anti-terror tools of the NSA in a copyright case.

Seizing and confiscating all business and family assets without a trial. Every bank account, every car, everything.

Finally, he called out the governments' approach to file sharing and suggested that it was the movie industry's fault for being outdated:

KitGuru Says: Kim Dotcom has transferred a lot of money and ownership of businesses post-raid to his wife, but does that really apply when it took place after the assets earned as part of alleged illegal activity on Megaupload, were seized?