Alex Winter, the man best known to fans as one half of the Wyld Stalyns with Keanu Reeves, released a documentary this weekend called Deep Web. Described as the “untold story of Bitcoin and the Silk Road,” the film looks at the history of the online drug marketplace and its accused founder, Ross Ulbricht, who was recently sentenced to several life sentences for his involvement. In the wake of the film’s release, Winter is now hoping to funnel money to the one they called DPR’s defence. 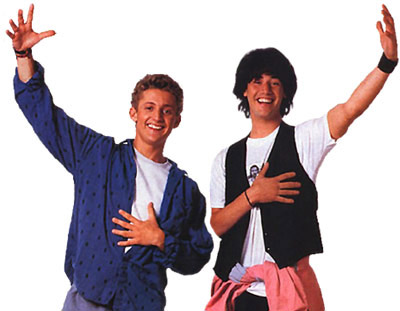 Be excellent to each other.

The film looks into the background of the site and Ulbricht’s own history, but alludes to the relatively well known idea that there were many more people involved in the site’s administration and founding, who were never caught. In-fact, there may well have been several other people operating the Dread Pirate Robert’s identity during Ulbricht’s time with the site.

As well as analysing Ulbricht’s character and potential for co-conspirators, it also looks into aspects of the FBI’s investigation that may not have been above board – indeed two agents involved in the case have since been charged with money laundering – and the movement that inspired so many copy cat sites.

Winter has been reaching out to fans of the documentary on Twitter, thanking them for their support, but also pushed them to donate to the Free Ross campaign which is fund raising on behalf of Ulbricht. It helped fund his initial defence and will now likely go towards his appeal process, which is expected to be lengthy.

KitGuru Says: Have any of you seen Deep Web yet? If so what did you think? It does seem to raise some serious questions about the realities of the Silk Road takedown and Ulbricht’s conviction.

Previous US phone tapping clause expires, NSA halts servers
Next Rise of the Tomb Raider has a new teaser trailer