If you're going to call the kettle black, you better make sure that your pot is sparkly clean. Unfortunately for CANIPRE, the Canadian Intellectual Property Rights Enforcement organisation, it turns out that its one has more than its fair share of soot, as the anti-piracy firm has been found plagiarising news articles on one of its companion blogs.

CANIPRE has been going after pirates in Canada for some time now, targeting them with lawsuits and cease and desist notices. Oddly enough though, over on its copyrightenforcement.ca blog, you'll find plenty of content that's been used without the owner's permission. “Stolen,” if you will. 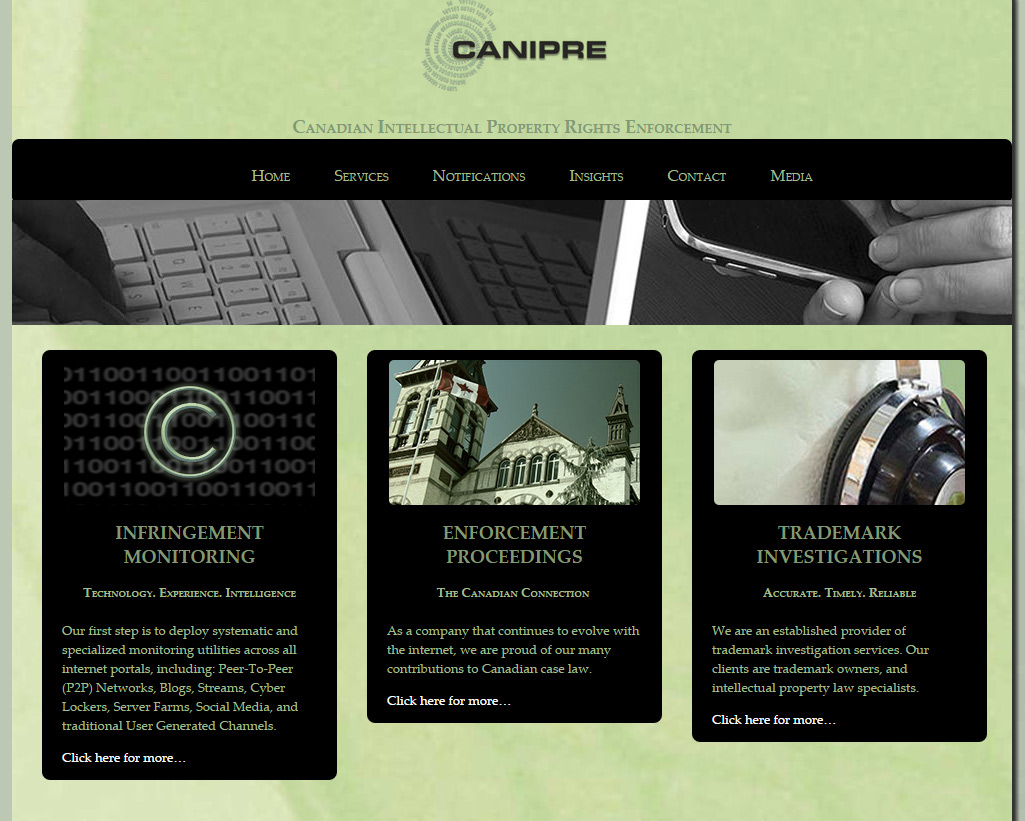 Hire CANIPRE to monitor every site for infringement, apart from its own

As TorrentFreak points out, there's content there from TechCrunch, Huffingtonpost, and indeed its own news pieces (though it does point out that those are technically allowed under a creative commons license). In all instances, the website fails to provide source links for any of the content, copies it wholesale and very often also copies over images used, with no attempt at original commentary or parody.

Most ridiculously though, is this isn't the first time CANIPRE has been caught out using content that it's not legally entitled too. Back in 2013, it was found using a photographer's images without permission. Some of them were published under a creative commons license, meaning all CANIPRE had to do in order to legally use the pictures was accredit their author. It did not.

Unfortunately CANIPRE isn't the only company doing this. Back in mid 2014, Business Software Alliance was found using a pirated image, to encourage people to report pirates and pirated content.

KitGuru Says: It's enough to make you pull a wry smile and shake your head.