Channel 4 to replace 4oD with All 4

Channel 4 has announced that its long standing on-demand service, 4oD, is coming to an end and will soon be replaced by its successor. All 4 will combine the current on-demand viewing options with the ability to watch live television and view a guide of what’s coming up in the next couple of weeks.

The new service will also offer extras that you’d usually find in a special-edition DVD menu, giving users the chance to view cast and crew commentary for popular shows, as well as behind the scenes interviews and photo galleries of the sets and actors during filming. There’s also going to be social media integration, for the individual shows and for Channel 4 itself, helping spread the word about popular or particularly good shows and content.

Speaking with the Telegraph, chief executive at Channel 4, David Abraham said: “Having been a pioneer of VoD services in the UK, we think the future of TV viewing lies not with either linear or on-demand, but a creative and visual integration of the two worlds, blending the strengths of both into a single brand.” 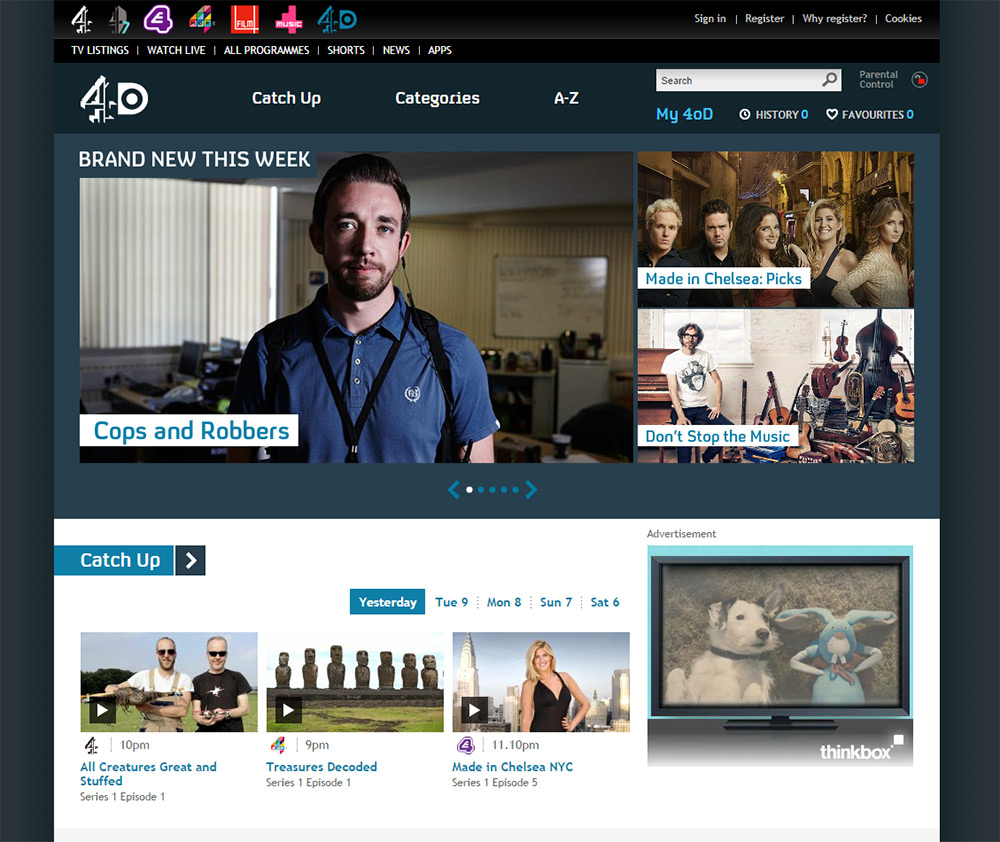 He went on to suggest that All 4 would be able to offer advanced features that other on demand services couldn’t, pioneering new ways to watch our favourite shows and discuss them with one another.

This is all set to take place early next year, with PCs and iOS devices getting the first taste of the switchover, followed by other platforms in the ensuing months.

KitGuru Says: 4 On Demand has been around since 2006. Way before Netflix, Lovefilm and any number of other services showed us what modern streaming services are capable of. It will be interesting to see how All 4 fairs in a much more competitive viewing landscape.