Home / Channel / Could this edible gel be our future plastic?

Could this edible gel be our future plastic?

Plastic is a big issue. Just watch that Vice documentary on the island of floating rubbish in the Pacific. It's a big problem. Recycling is a great effort and there's ideas for fixing the island (Boyan Slat's seems doable), but a really sustainable solution would be to replace all our current plastic with something that's biodegradeable, which is what this new “plastic” gel called Ooho could potentially be.

It's made from brown algae and calcium chloride and is completely biodegradeable, potentially edible and sanitary, though they're working on the layering system to make sure that it's thick enough to protect food and drinks in transit. It's made from a process called spherification, which is capable of completely encapsulating large bodies of water or a variety of different substances.

There are some problems with it though, namely that it isn't resealable, which means there's no way to reuse a container. Likewise, getting the water out without pouring it all over yourself or the floor looks like it could be quite a hassle. However the material isn't weak, with twin layers giving the strength of fruit skin and the ability to customise as many or as few layers as you like. 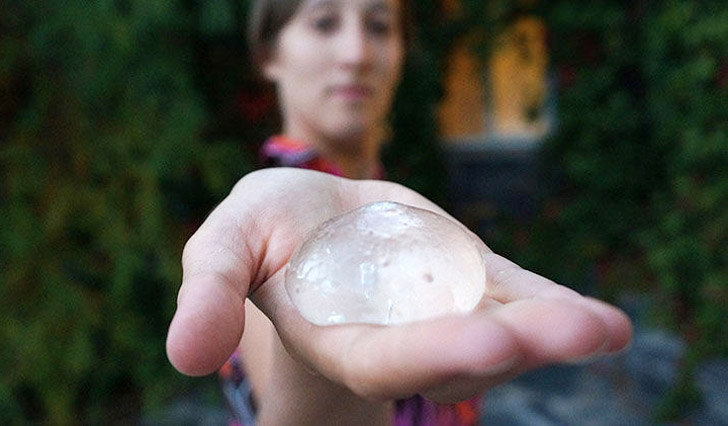 It seems like for the purposes of storage and stacking, you'd want a stronger form than it is currently, though segmented crates could potentially handle that.

The best part is with a little know how, you could make this material yourself, so you'd never run out of plastic containers again. In theory.

KitGuru Says: What do you guys reckon? Is this the future of plastic?