Facebook to hand over accounts to loved ones after death

One of the emerging problems of a site like Facebook, is that the longer it's around, the more of its members die. This leaves the site operators in a strange position of what to do with the old profiles. Do they lock them? Delete them? Traditionally, the site has allowed for a page to be memorialised, but not edited. Now though. Facebook is taking a different tack and allowing a trusted individual access enough that they can add a farewell message and change profile and cover photos. Even though this person will only be given access to the account page if they are specified by the original account holder before their death and if that person then contacts Facebook through a specific form, the social network will limit that person to prevent any abuse taking place. Nobody, not even the named individual will be able to post as the deceased person; they'll only be able to memorialise them with images and a short message that will remain at the top of the wall. 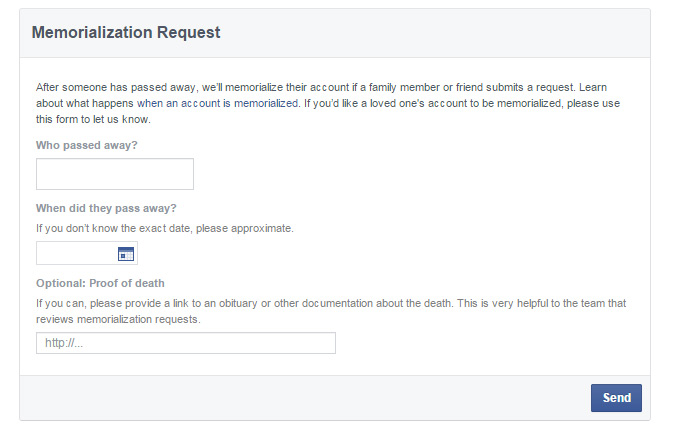 To let Facebook know someone has died, you have to fill in this sobering form On top of that, the chosen person will be able to download an archive of all of the individual's images and messages.

“By talking to people who have experienced loss, we realised there is more we can do to support those who are grieving and those who want a say in what happens to their account after death,” a spokesperson for the site said in an update.

“Our team at Facebook is grateful and humbled to be working on these improvements. We hope this work will help people experience loss with a greater sense of possibility, comfort and support.”

If you would like to make it so that in the event that you pass away before Facebook evolves into its next form, you can do so by heading to your security settings and adding a “legacy contact.” KitGuru Says: This seems a smart plan, but a little morbid. I don't really plan on dying for another 60+ years. I imagine Facebook is going to be a little different by then. [Thanks Telegraph]